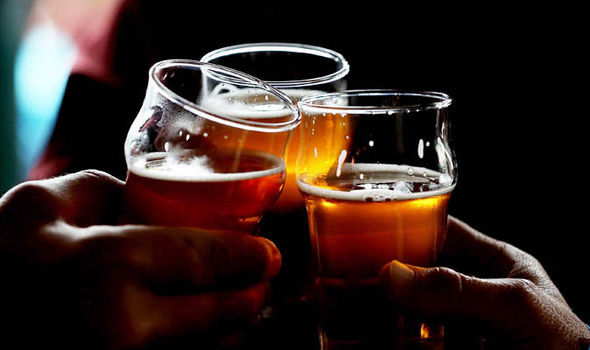 According to a recent survey, people in Pennsylvania tend to consume more alcohol than in other areas of the nation, particularly over the holidays, but are by no means the highest consumers, writes Christopher Ingraham for The Washington Post.

A recent survey by the Department of Health and Human Services has found that 56.56 percent of Pennsylvania residents have a drink at least once a month. In particular, the holiday period often shows a sharp spike in alcohol consumption, as people literally get into the holiday spirit.

Also, according to the survey results, alcohol consumption is higher the farther you get from the equator, with New Hampshire claiming the top spot at 64 percent. Many experts believe this is largely from boredom, as the weather is cold and the nights are significantly longer.

Before feeling guilty, however, it has been shown that enjoying a cold one can result in a roughly four percent increase in happiness.

Read more about national drinking trends in The Washington Post by clicking here.

Tags: Department of Health and Human Services, The Washington Post

There’s No Substitute for Wawa. Or Is There? How About Sheetz in Center City?