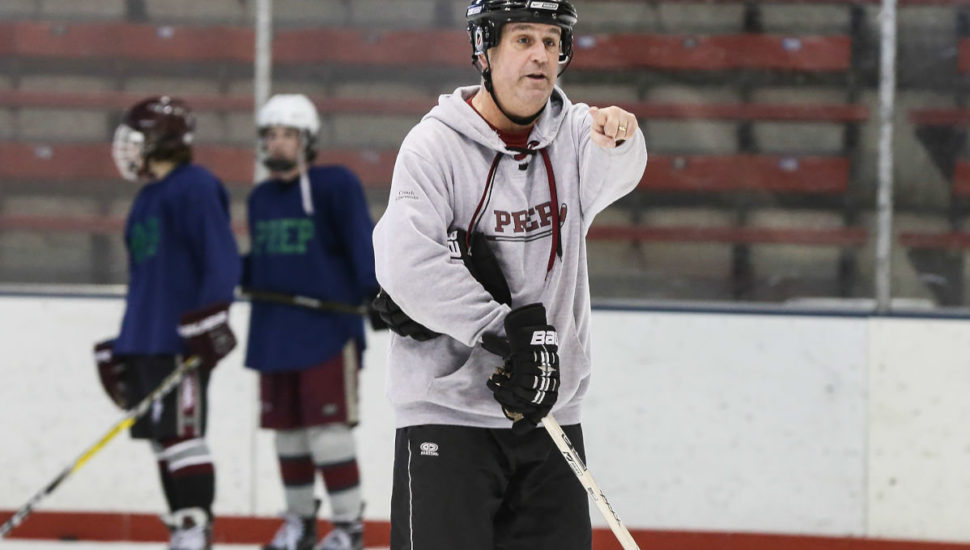 David Giacomin, the son of a legendary New York Rangers goalie and himself a former player, has led the St. Joseph’s Prep hockey team to an impressive 15-3 record this season, his fourth as coach, writes Rick O’Brien for the Philadelphia Inquirer.

David’s father Eddie Giacomin left a huge mark on the sport, having been inducted into the Hockey Hall of Fame in 1987. David, however, did not follow in his footsteps in defending the net, at the behest of his mother.

“She didn’t want me to go through the highs and lows that come with being a goalie,” he said. “Depending on the result of the game, you’re either the hero or the goat.”

David did follow his passion for the game, though. He competed collegiately at Bowling Green and professionally for the Denver Rangers of the International Hockey League and the Maine Mariners of the American Hockey League. But he never realized his dream of playing in the NHL.

David moved to Drexel Hill nearly three decades ago, and his Hawks play their home games at the Havertown Skatium. Despite the change in scenery, he never changed his loyalties.

“I’m still a Rangers fan,” he said. “I watch the Flyers a lot on television. But when it’s the Flyers versus the Rangers, I root for the Rangers.”

Read more about David Giacomin in the Philadelphia Inquirer by clicking here.