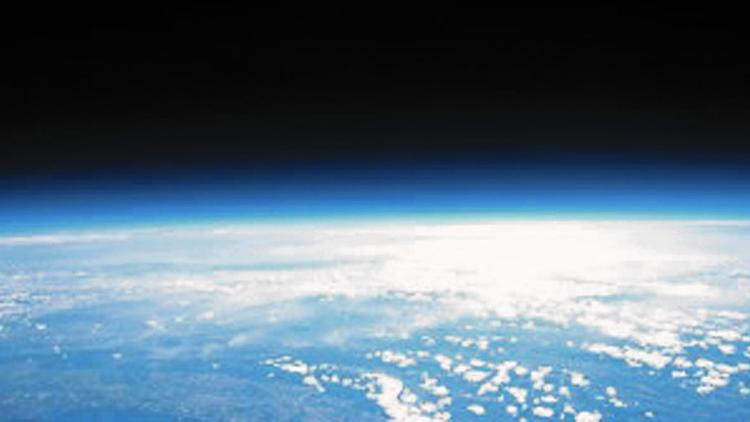 This photo was taken from a high-altitude balloon launched this summer by three girls from Swarthmore. Their search for its data pack ended six months later in York County. Photo courtesy of Steve DiNardo.

Maintaining hope has paid off for three Swarthmore girls after they spent more than six months searching for a data pack that was attached to the STEM balloon they launched in June as part of a personal project, writes Allan Vought for The Baltimore Sun.

The data pack was launched on a high-altitude balloon by Abby DiNardo and Julia Durian, both eighth-graders at Strath Haven Middle School, and their friend Abigail Kanes, who attends The Shipley School in Bryn Mawr. It was believed to have landed along the Mason-Dixon Line in either York County or Harford County (Md.).

While there were several sightings of the red-and-blue parachute that brought the plastic box contacting the data pack back to terra firma, they all turned out to be false alarms.

Finally, though, the still-intact data pack was found last weekend in a thicket off Buckwheat Road in Fawn Grove Township (Pa.).

“This is quite a relief,” said Steve DiNardo, Abby’s father. “Ironically, this was in the area we originally had projected with GPS coordinates where we thought it might be.”

DiNardo said that he and the girls had hiked through the woods off Buckwheat twice over the summer without success. They then decided to restart the search in December after the hunting season. That turned out to be the right call, as hunters cut a few new trails making it easier to spot the pack deep in the brambles.

As this was a fun project, it is still unknown what the girls will do with the data. But the process has already taught them new coding, electronics, and STEM skills.