As His New Book Illustrates, Owner of Cocco’s Pizza the Personification of the American Dream 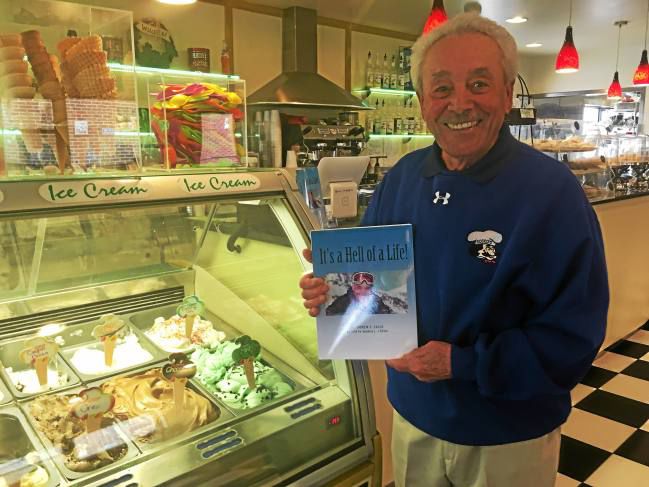 From shoe-shining and hawking newspapers, to serving in the military and selling insurance, to starting a pizza chain and investing in real estate, Andrew Cocco has lived the American Dream.

And now he’s sharing his story with the rest of America.

The patriarch of the now-famous Cocco’s Pizza chain recently published It’s a Hell of a Life!, according to a Delaware County News Network report by Peg DeGrassa.

“Nowhere on Earth could a kid who didn’t have a good education grow up and achieve all of the things that I achieved,” Cocco wrote. “I love the United States. I love the American flag. I love what it stands for, and I love what it allowed me to do. I couldn’t have accomplished everything that I have accomplished anywhere else in the world. It just wouldn’t have happened anywhere else.”

The Italian immigrant who fled with his family during World War II started a life of entrepreneurship with just $5 from his father, and now the Cocco family has an empire of restaurants and real estate.

It took off in Secane – where Cocco raised his family and still lives – when son Michael’s interest in the pizza business cooked up the original Cocco’s Pizza in Norwood. And it grew under the mentorship of a man who never forgot where he came from.

“I always make sure the right people are behind the Cocco’s name,” he said. “I didn’t believe in myself or have too many people who really encouraged me when I was younger, so I try to give self-confidence to those starting in business and let them know that I believe in them.”

Read more about the book, written by Sandra Clitter of Media, on the Delaware County News Network here.