Does Your Convenience-Store Preference Say Anything About Your Vote? This Report Says So 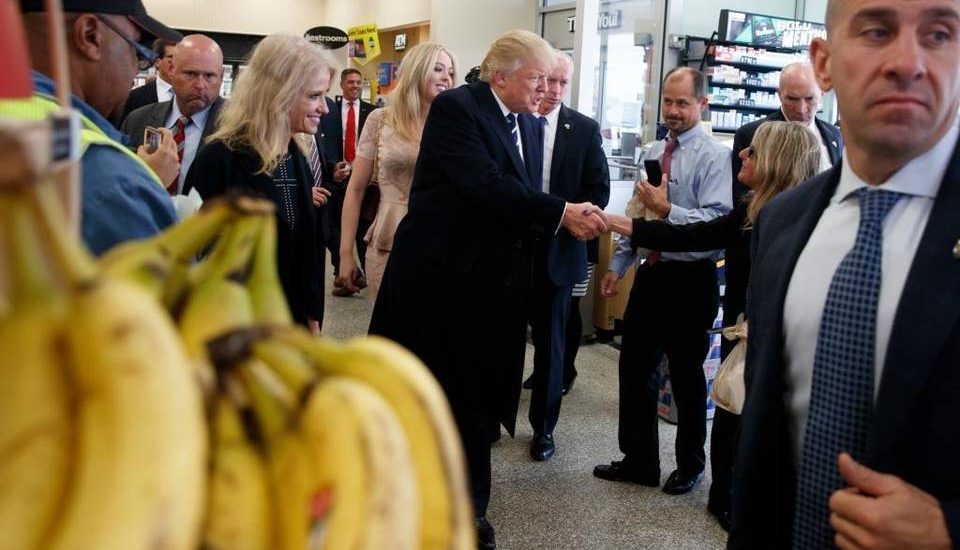 Photo of Donald Trump during his stop at the Wawa in King of Prussia last week courtesy of Evan Vucci, Associated Press.

The battle for the presidency heated up last week when Donald Trump tread into Hillary Clinton territory: the Wawa in King of Prussia.

A survey by Placed, a leader in location analytics, “found that Clinton supporters were more likely to visit a Wawa, despite Donald Trump’s visit this week,” according to a report by Lesley Clark, the White House correspondent for McClatchy Newspapers.

The article also pitted Trump against Clinton on other topics, finding supporters more likely to own or use the following:

Click here to read more about the Wawa battle and other poll results here.