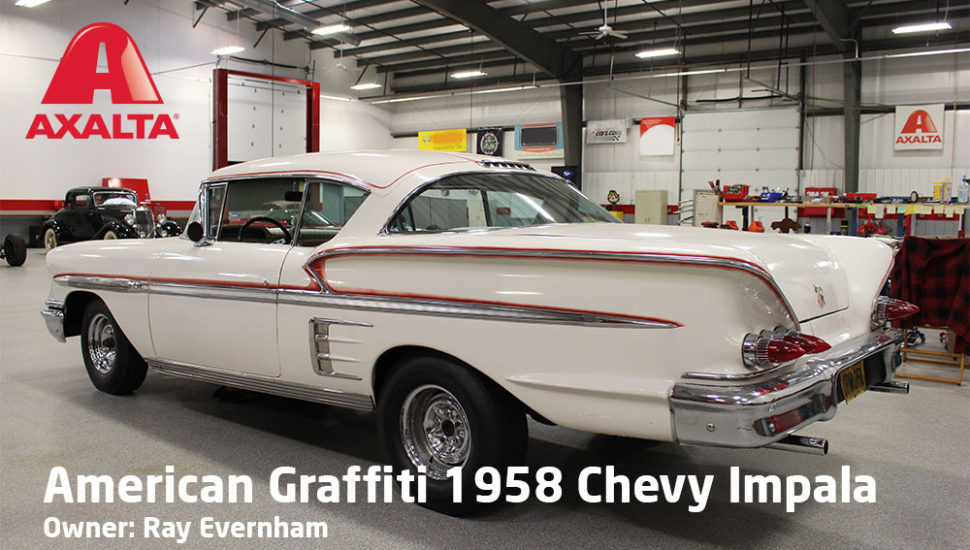 The classic 1958 Impala made famous in the movie American Graffiti has been restored to its former glory thanks to Axalta Coating Systems’ ChromaPremier paint.

The global supplier of liquid and powder coatings from Glen Mills revealed the newly restored car at its Engineered for Speed booth during the SEMA 2016 aftermarket tradeshow at the Las Vegas Convention Center.

Axalta executives at the unveiling of the once-again-stunning car were joined by Ray Evernham, television host and three-time NASCAR champion crew chief, along with Candy Clark, the award-winning actress from the American Graffiti film.

“This project was a labor of love. I wanted that car from the moment I saw the film as a teenage boy,” said Evernham. “As luck would have it, not only was I able to acquire the Impala, but my long-standing relationship with Axalta allowed me to call on the industry’s best paint experts to evaluate the car, get recommendations, and subsequently restore a vehicle that was originally coated in obsolete lacquer material.