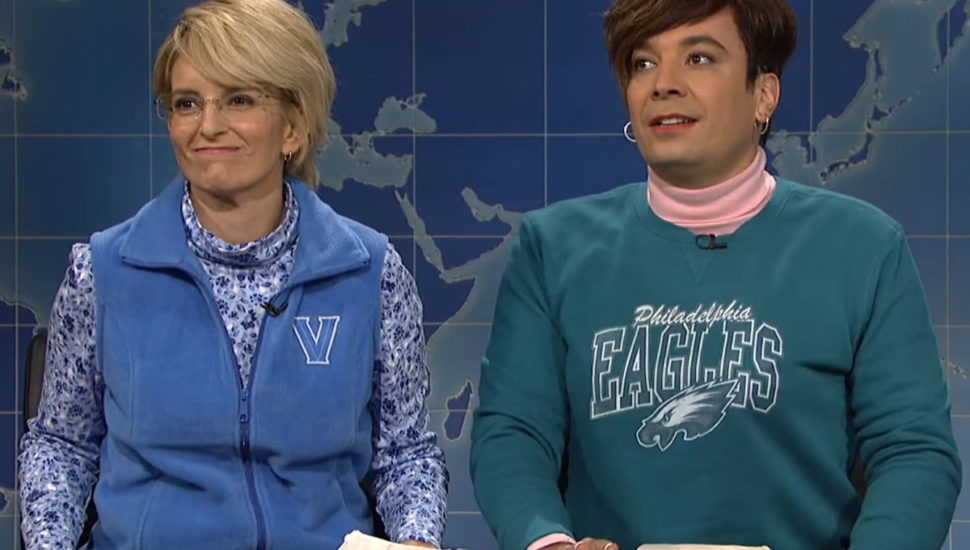 Upper Darby’s Tina Fey gave a shout out to her native Delaware County over the weekend during an episode of Saturday Night Live, when she appeared on stage with Jimmy Fallon to portray undecided voters from Clifton Heights, according to a staff report from CBS Philly.

The skit, which highlighted the importance of suburban Philadelphia female voters, saw Fey play Denise McDonough, an undecided voter in a Villanova vest, while Fallon played Doreen Troilo in an Eagles sweater.

The pair started by gifting segment co-host Colin Jost a couple of hoagies, before they entered into a discussion about their problems with both candidates, lampooning Trump’s widely criticized visit to Fallon’s late night show last month. Fey’s character also teased Fallon’s for acting like a Trump fan.

Read more about the skit at CBS Philly by clicking here.