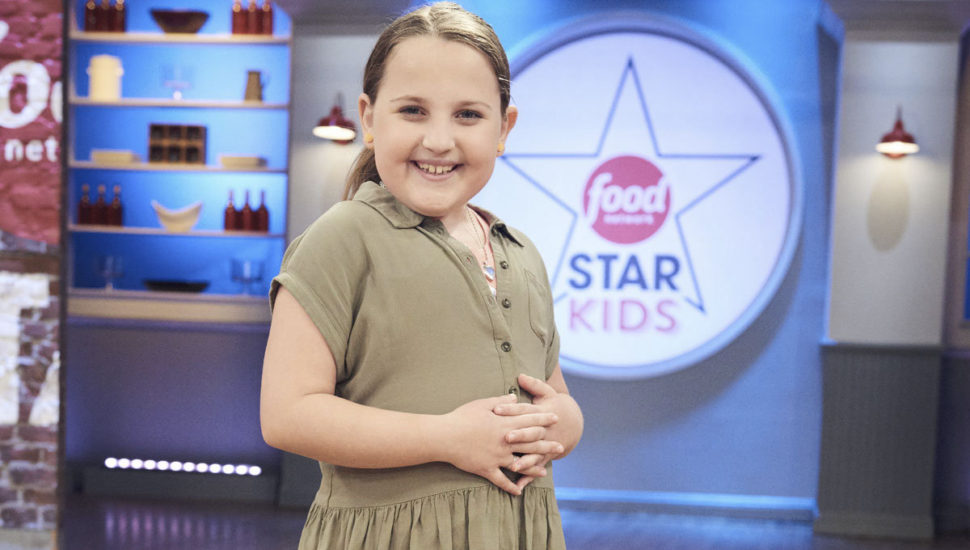 Photo of Sydnie Jaye Meyers courtesy of the Philadelphia Inquirer.

The culinary prodigy was vying with nine other children for a chance at her own series on the network and a profile in Food Network magazine. Despite being eliminated in the first episode of the six-episode season, Sydnie got to see herself on TV, something she is still not used to.

Sydnie and her family relocated to Drexel Hill late last year to be nearer to the Children’s Hospital of Philadelphia, where she had surgery after overcoming cancer as an infant.

Meyers had an early start in the kitchen and loves watching cooking shows, but being on camera was a true test for her.

“At home, I don’t talk when I’m cooking,” she said. “I always have my head down, looking at the food. I’m pretty quiet, unless I cut myself, which is not normal.”

Read more about the future culinary star in the Philadelphia Inquirer by clicking here.