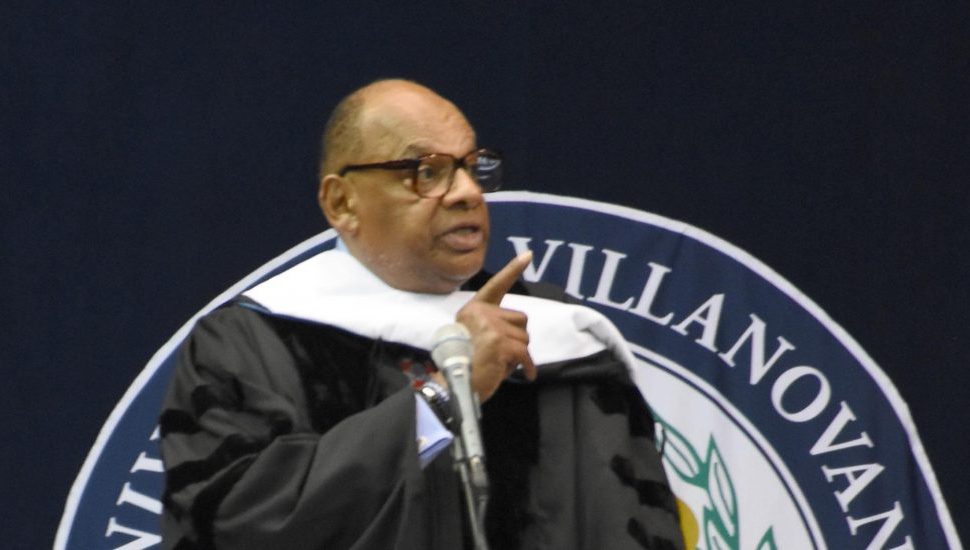 Raveling, who received his honorary Doctor of Humane Letters, was introduced by Villanova’s basketball coach, Jay Wright, who guided the Wildcats to this season’s NCAA championship.

A Villanova alumnus of the Class of 1960, Raveling was known for breaking down racial barriers as a coach. He became part of history when in 1963 he received the original copy of the Rev. Martin Luther King’s “I Have a Dream” speech during the March on Washington while serving in a security role for King.

According to Neborak, Raveling told the students that graduating today was the first day in their new life.

“Villanova sent me off in pursuit of excellence,” he said. “I am 78 years old, and I stuffed my suitcase with values. Villanova changed my life, it saved my life. It took me to where I needed to be.”

Raveling said he was a poor kid from Washington, D.C., and this feeling, standing before the graduates, was one of the best moments of his life.

“Make everyday a masterpiece, be accountable, develop a personal plan, surround yourself with people who excel and carve your name on hearts, not on a tombstone,” he said.