Spurred by Memories of His Grandfather, Media's George Pagano Rows the Atlantic to Raise Money for ALS 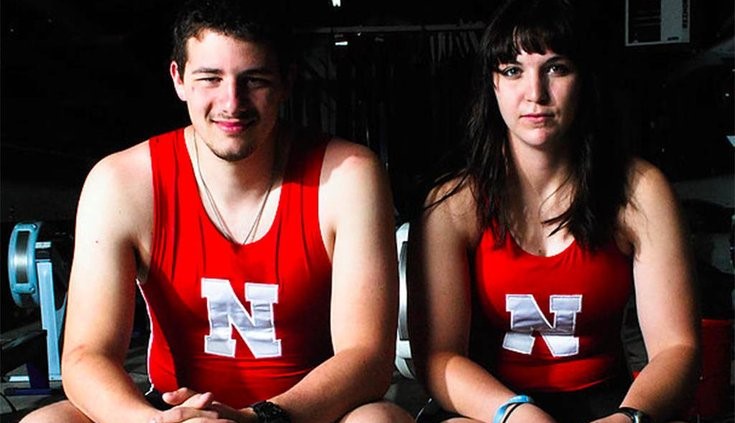 Photo of George Pagano and his rowing partner Caitlin Miller courtesy of Pagano.

Eating freeze-dried food and sleeping between nonstop three-hour shifts for 58 days, a Media man rowed the entire width of the Atlantic Ocean.

Spurred on by a grandfather who died too young from Lou Gehrig’s disease, George Pagano and rowing partner Caitlin Miller successfully completed the 2,747-nautical-mile Talisker Whisky Atlantic Challenge between the Canary Islands of Africa and Antigua.

“I think you have to be a little crazy to try something like this,” Pagano said in a Philly Voice feature by Joe Santoliquito. “You make that step into the boat, there is the realization that the last two years of work and preparation that you put into this was worth it and was going to be applied. It was actually happening. It dawns on you that when you tell people that you’re going to row the Atlantic Ocean, some people believe you, some think that you’re just crazy, but making that first step and rowing was very special.”

It was special, but not easy. The product of Holy Child Academy, The Haverford School and the University of Nebraska, Pagano endured a “curious four-foot shark that followed his boat, Washington’s Crossing, along with rogue waves, breaching whales, errant flying fish, dolphin pods, hurricanes and a cargo ship that came within a nautical mile from almost prematurely ending his journey,” the article stated.

And he did it to help raise $50,000 for the Greater Philadelphia Chapter of the ALS Association and honor the memory of his grandfather, Walter Benn.

“My grandfather was my motivation for this,” Pagano said in the article. “He was my inspiration, and I wanted to do it for all of the other families who have to live with and go through that disease, not only to raise money but to raise awareness. There is no cure right now for ALS.”

In the end, Pagano and Miller also set world records for the youngest Americans and fastest mixed pair to accomplish the feat.

Click here to read more about Pagano’s Atlantic rowing adventure and his next destination, Villanova Law School, from the Philly Voice.