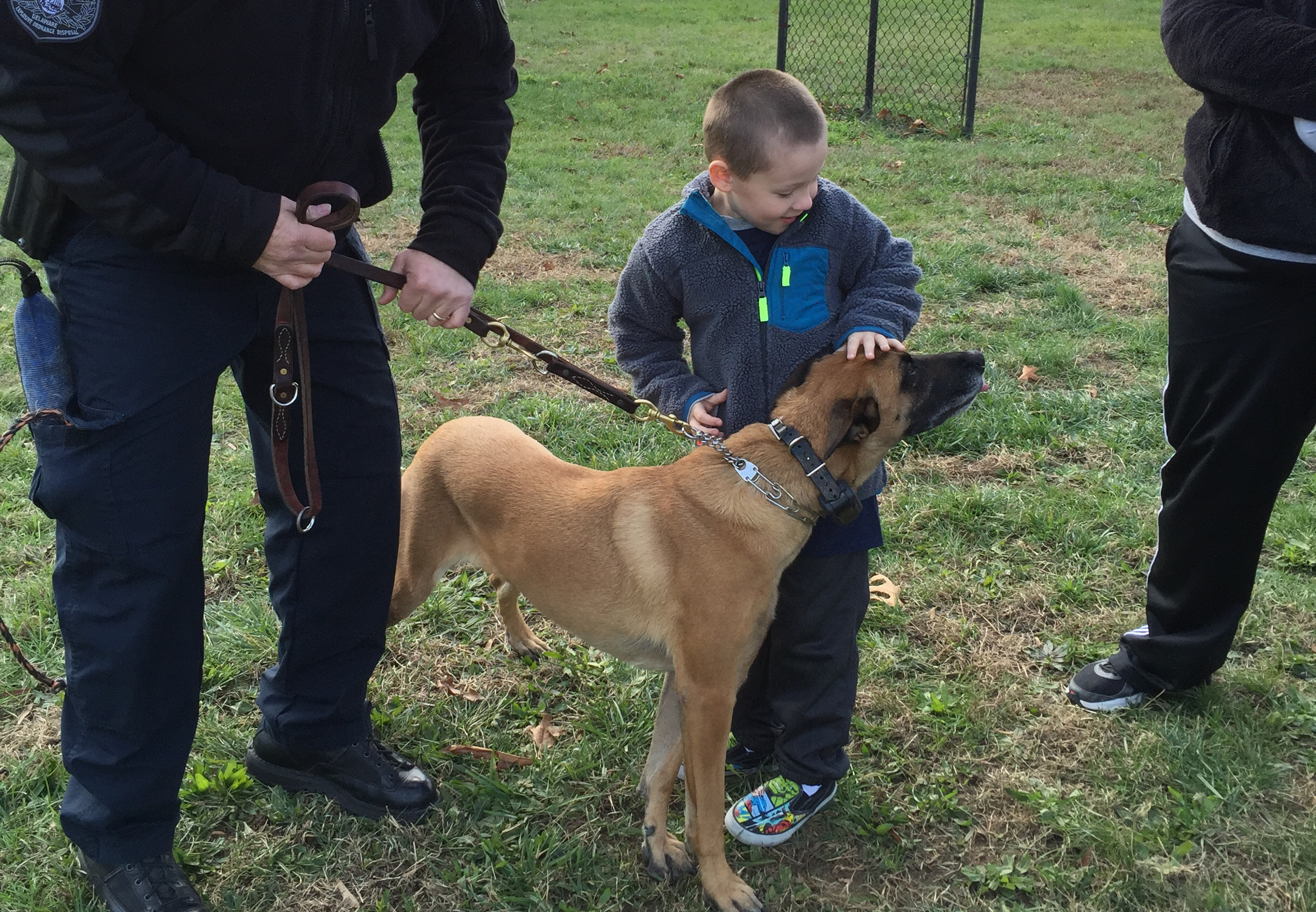 Logan Mast can teach us a lesson or two about unselfishness through his donations to the K-9 officers of Delaware County.

If only there were more people like Logan Mast in this world.

As first reported in the Daily Times, the five-year-old native of Newtown Square can teach us a lesson or two about unselfishness. Mast wanted those attending his fourth birthday party to bring not presents for himself, but items or gift cards that he could give to his heroes, the K-9 officers of Delaware County.

He was able to donate six gift baskets, and thus become a hero to the rest of us.

Through Logan’s Heroes, he continues to raise funds, and recently made a calendar that showcased the K-9 officers from Delco. Photographer Fred Troilo of the theherokid.com and the Ridley YMCA donated the space for the photo shoot.

Steve Videon of Videon Chrysler, Dodge, and Jeep commissioned the printing of T-shirts, which were designed by April Ziviello and featured the Logan’s Heroes logo. In early March, Videon presented the shirts to the youngster, so that he could sell them at a K-9 Veterans Day event at Stoney Creek Veterinary Hospital in Morton.

Videon is a big supporter of local law enforcement, having recently donated a K-9 police car to the Eddystone Police Department.

Logan plans to donate a special basket to all of the K-9 units in the county and beyond, as well as first-aid kits to any K-9 units that are without them.