For Couple, a Houseboat at Penn's Landing Is Home Sweet Home 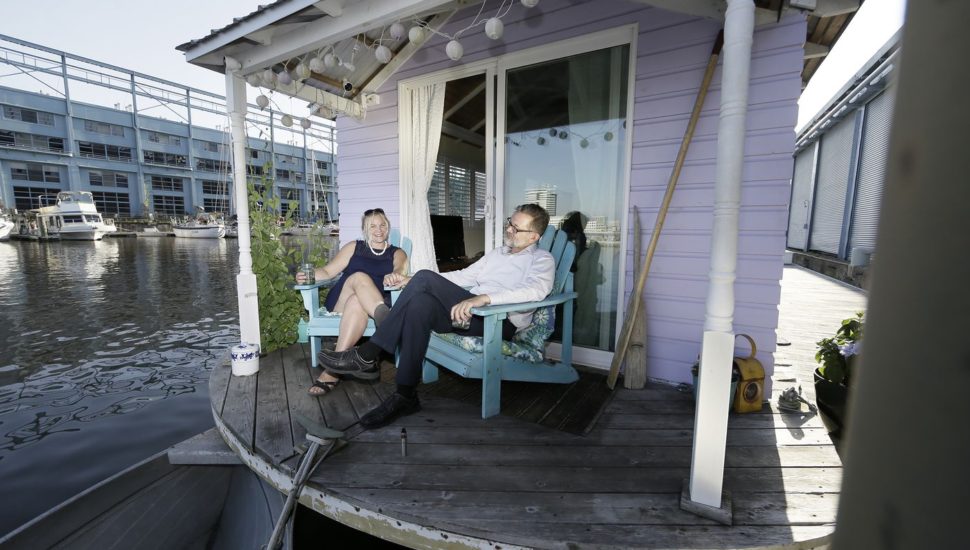 Jeannie Richter Conn, an ESL Specialist at Rose Tree Media School District, and husband Peter decided to fully embrace their love of sailing and move to a houseboat, writes Terri Akman for The Philadelphia Inquirer.

Their lilac houseboat with shiny white shutters and gleaming metal roof is moored at Penn’s Landing in Philadelphia.

It was sailing that brought the couple together in 2007.

Peter was living on a sailboat and Jeannie was commuting between her dad’s sailboat and her grandmother’s Delaware County home. In 2008, they moved in together.  Peter acquired a dilapidated houseboat and got to work.

It was a mess, recalled Peter, who works in IT.

“It had been in the marina for probably close to 20 years. The decks were all rotted and the inside was half-gutted.”

The new design was as un-boat-like as possible since they had a sailboat.

That meant free-standing furniture and a bed you could walk around.

A beachy, Caribbean vibe comes through with their white couch, yellow walls, and white shutters.

The boathouse gives the couple flexibility to follow their passion to sail the world.

Delaware River's Cleaner Than It's Been in a Long Time, But You Still Can't Swim in Philly

With a Plan Now in Place, Chester's Waterfront Is Ready for Extensive Development