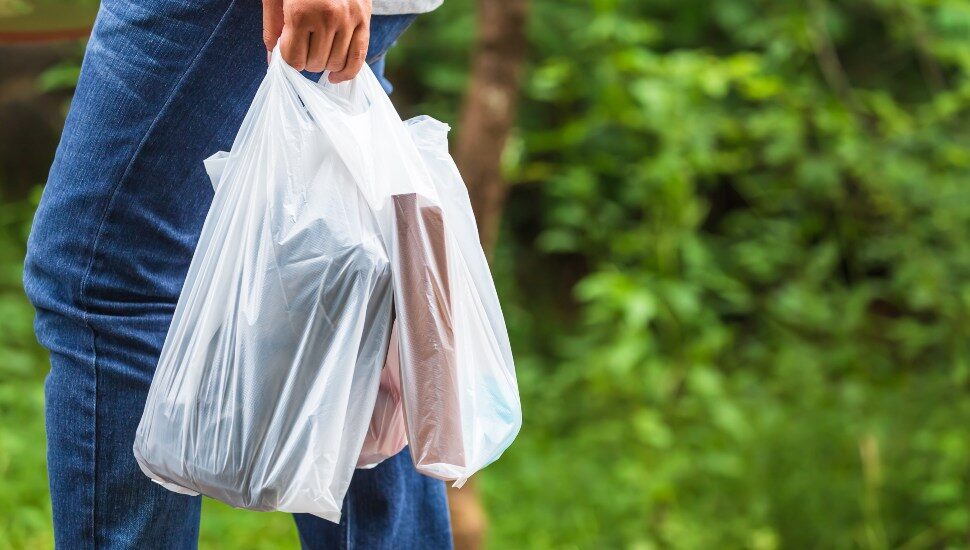 When January 2023 arrives, you’ll need a re-useable shopping bag if you hit any of Media’s stores.  The borough is the latest to ban plastic bags, straws and stirrers, writes Kenny Cooper for WHYY.

Media businesses won’t be giving you single use plastic bags to hold your purchases starting Jan. 1, 2023, but they will have the option of providing a paper bag for 10 cents. Customers can also still request plastic straws under the ban.

Businesses that ignore the ordinance after July 2023 will get a written warning. Additional infractions will mean fines up to $300.

“We just think it’s best for the environment, best for the people of Media, and something that the business leaders in Media will be able to enforce in their own operations,” Borough Councilmember Mark Paikoff said.

Haverford Township was the first Delaware County community to ban plastic bags in April. Radnor is looking at a ban.

The borough also took its proposed ordinance to its business leaders for feedback. Their main concern was charging customers for a paper bag during a difficult economy so they agreed that businesses could make it optional..

This One Step video looks at whether plastic bag bans work in New York.

Radnor May Join Philadelphia in Plastic Bag Ban for Shoppers