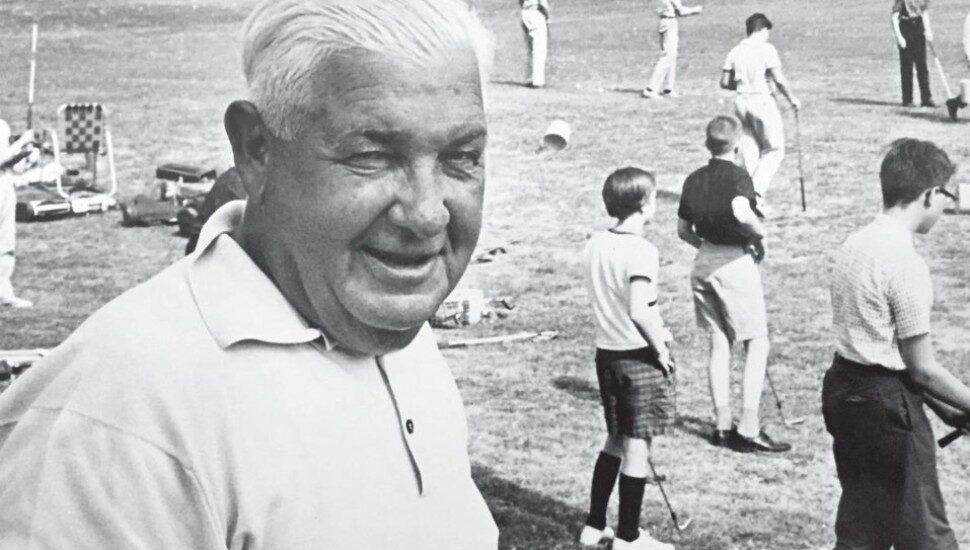 During his 33 year at Llanerch, Lyons started a junior golf program, trained champions and convinced the PGA to bring its championship to the club in 1958.

This past November, Lyons was inducted into the PGA of America Hall of Fame.

“He loved golf and wanted to share it with everybody,” says his grandson, Marty Farrell, who was 2 years old when Lyons died of heart attack in 1968.

Lyons happily shared his expertise and believed the game should be available to everyone beyond the country club.

When new priests arrived at Sacred Heart Church across the street, Lyons would set them up with clubs, a bag and shoes.

He taught Cardinal John Krol how to play and even introduced Ed Sullivan around to the nuns at the Sacred Heart convent when Sullivan visited Llanerch.

He also hosted Bing Crosby and Bob Hope In 1943 when they played an exhibition match at Llanerch that sold $5,000 in war bonds.

Read more at Main Line Today about Marty Lyons’ induction into the Hall of Fame.

Pro Golfer Who Grew up in Delco Returns to Area for U.S. Open Qualifier

Tending Golf Courses Is in His Blood, Going Back to the 1956 PGA Championship at Llanerch