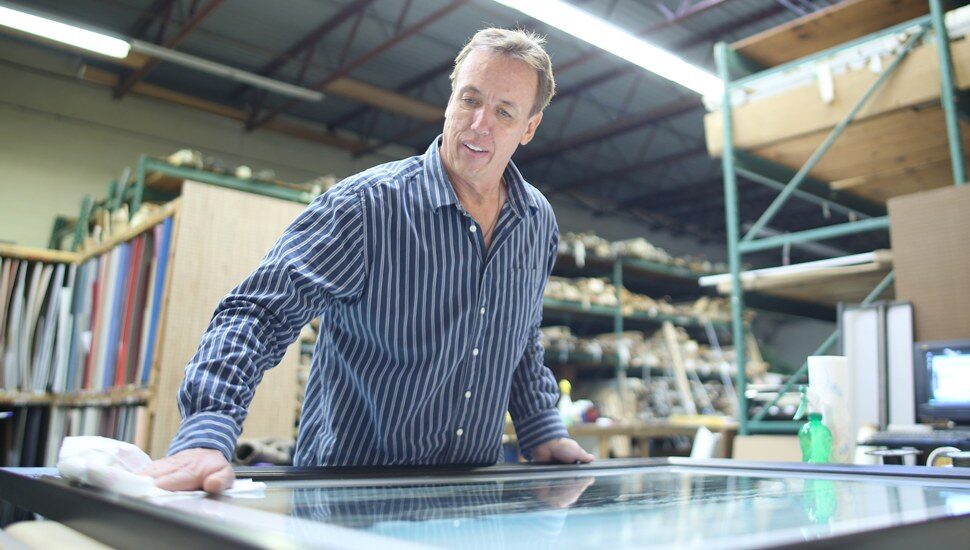 Kent Studios in Woodlyn has won the unique distinction of earning Philadelphia Magazine’s “2022 Framer That Doesn’t Cost a Second Mortgage” award in its Best of Philly series for helpers and fixers.

The magazine pointed out the sticker shock felt the first time you tried to have your band poster professionally framed.

“Nothing, you thought, will ever be worthy of hanging on a wall at that price. There’s an alternative,” stated the Magazine’s review.

Kent Studios has been around since 1953 and it still offers “top-notch framing with thousands of options for frames and matting,” stated the magazine article.

Yet the prices still feel fair, it noted.

Customers and designers have been known to travel from New York, New Jersey and Delaware to get their artwork custom-framed at Kent Studios, located at Fairview Road.

Owner Rob Hoffecker took over the Studios in 2001. He’s also a watercolor artist who has sold his art work in shows throughout the region, according to the Kent Studio website.

Kent Studios is a Professional Picture Framer’s Association certified gallery and does its framing in-house. It took Reader’s Choice for Best Picture Framing Delco in 2012 and 2013.

Read Philadelphia Magazine for a complete Best of Philly 2022 helpers and fixers list.