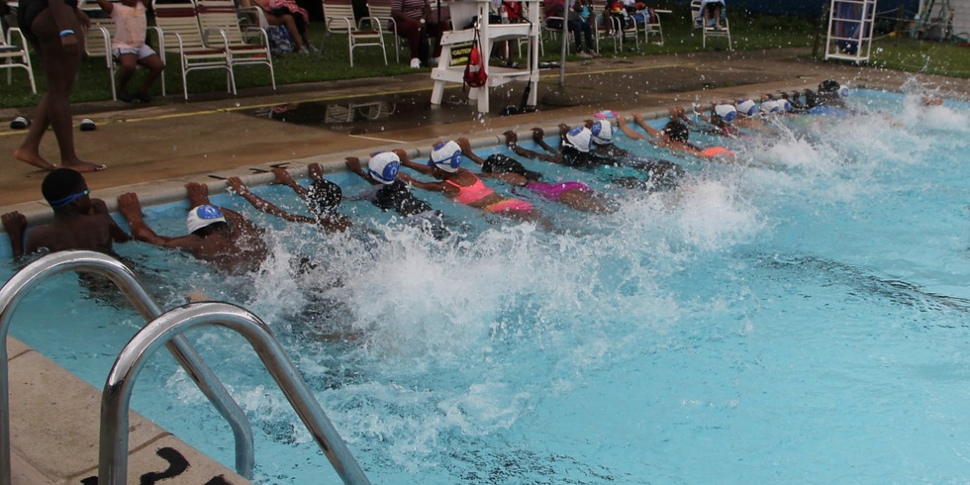 Image via the Nile Swim Club.

In 1959, the Nile Swim Club in Yeadon celebrated its grand opening, the first Black-owned swim club in the country, writes Campbell Robertson for The New York Times.

But as the Black children waded into the water, there was a realization.

Even now, Black children are more likely than white children to have low or no swimming ability and Black people drown at a rate 50 percent higher than white people.

Swimming for Blacks has been actively curtailed by racism going back to the days of slavery when slave owners saw it as a path to freedom.

Later, as Blacks challenged segregated public swimming pools in court, cities closed the pools rather than accept integration while whites built pools in their own backyards.

Now, the Nile Swim Club is trying to undo the bigoted history of recreational swimming by offering free swim lessons.

In 2019, the Nile board came up with the program “No Child Will Drown in Our Town,” offering 10 days of free lessons.

Last summer, they reached nearly a thousand children and hope to teach more this year.

Nile Swim Club in Yeadon Up to Pandemic Challenge With Weekly Delivery of Food to 1,000 Families