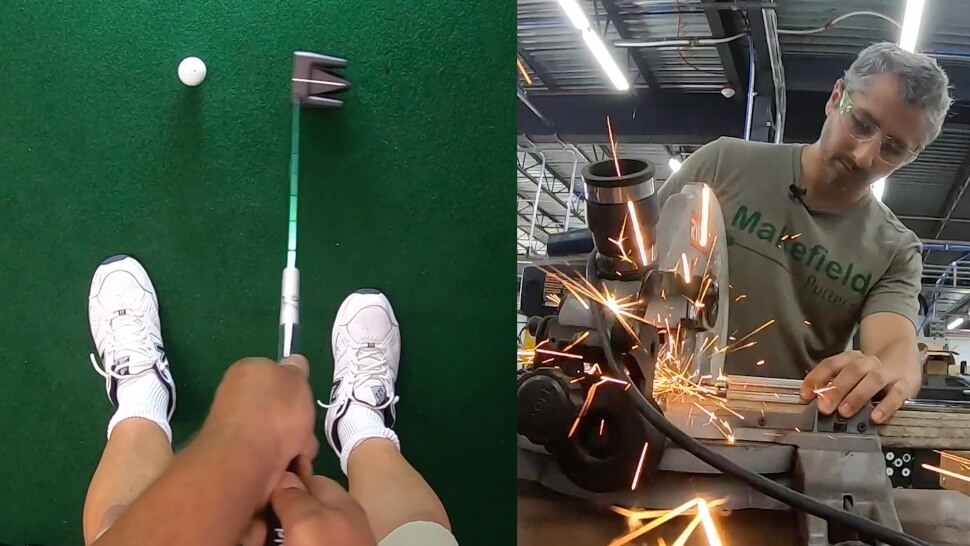 Two Bensalem engineers designed a revolutionary golf putter in 2021 and have since started a new company, Makefield Putters, to manufacture and sell their invention, writes Matteo Iadonisi for 6abc.

After his job was curtailed due to the pandemic, Everett Farr spent most of his spare time at home watching YouTube videos about golf putters. Despite the beauty and excellent craftsmanship of each club he saw, Farr believed he could do better on an engineering level.

“Instead of a project, I’m going to make a company out of this,” he said. “We kept playing around and we came up with the prototype.”

He launched Makefield Putters with his business partner Matthew Fuchs. The pair joined their expertise to find the best weight options, center of gravity, and loft relative to the shaft angle, among other optimizations for the golf putter.

The final product earned Makefield Putters an award for most innovative new golf club technology in January at the PGA Show.

They have since set up the company’s manufacturing headquarters in Bensalem.

“We believe in local, that’s why we set up manufacturing in Bensalem, here with a community of people that love it,” said Fuchs.

Havertown Man Bringing British Golf Brand Back, With a Link to 007

At 86, World Golf Champ Gary Player Gets in Some Rounds at Aronimink