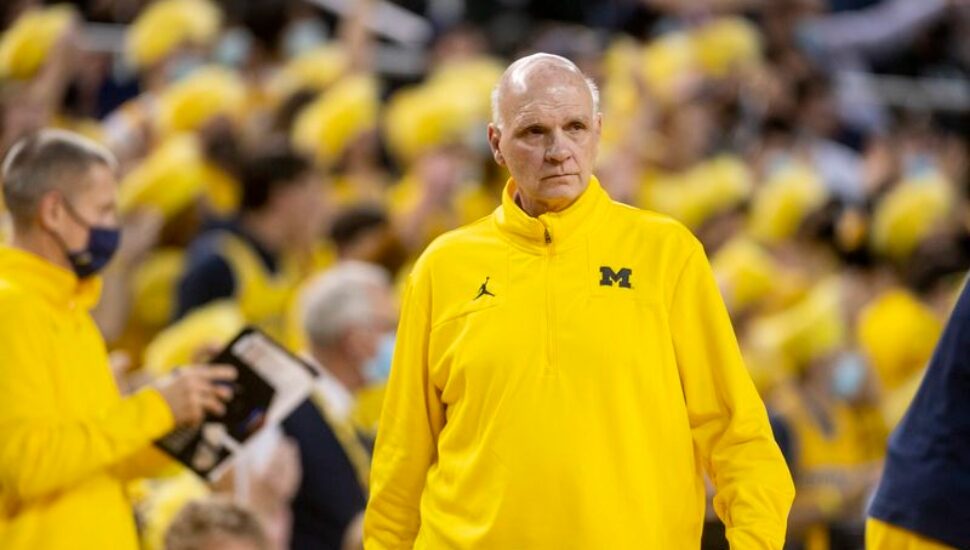 Phil Martelli, who was head basketball coach at St. Joseph’s University for 24 years before heading over to Michigan, will be inducted into the Philadelphia Sports Hall of Fame Nov. 3, writes Andrew Kahn for mlive.com.

The Upper Darby native has served three seasons as the University of Michigan basketball assistant head coach.  He stepped in as head coach last season for the final five games of the regular season.

Michigan has gone 61-32 over those three years, winning the Big Ten regular-season title in 2020-21.

Martelli had been at Saint Joseph’s for 34 years, 24 as head coach.

Before coming to St. Joseph’s, Martelli was head coach for seven years at Bishop Kenrick High School in the Philadelphia Catholic League.

He started his coaching career at Widener University in 1977.

Read more at mlive.com about Phil Martelli’s career and his Hall of Fame ceremony.

Phil Martelli Is Still Ready With the Best Advice, Even Sitting Down