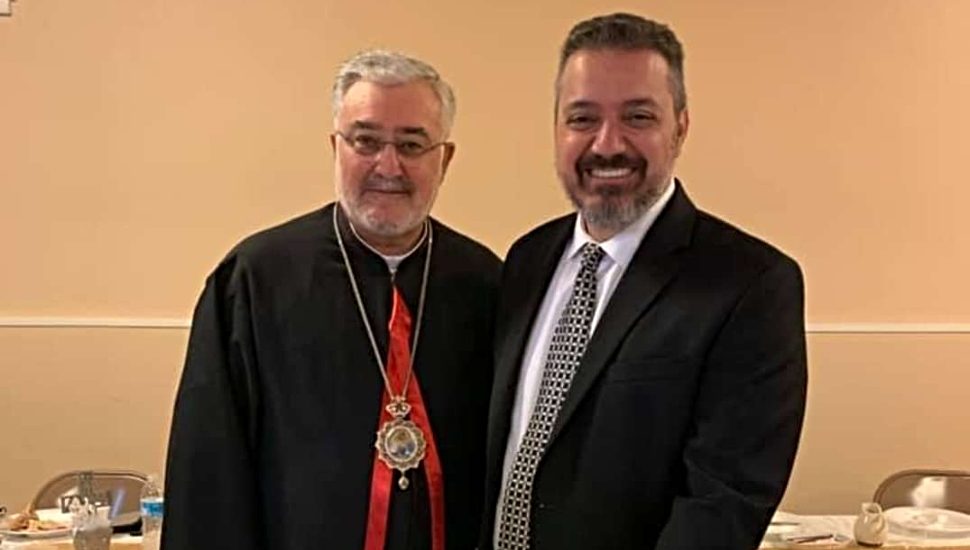 The Armenian Catholic Church in American recently ordained its second married priest in history as Asadur Minasian of St. Mark’s Church in Wynnewood has now joined the ranks of the priesthood, writes Paul Vartan Sookiasian for The Armenian Weekly.

One of the most well-known disciplines of the Roman Catholic Church is its clerical celibacy, which says that priests are to remain unmarried. However, because this practice is a discipline and not a doctrine, it is not universal.

Within the global Catholic Church there exist the Eastern Rite Churches, which exist in full communion with the Pope in Rome but they follow some of their own traditions.

The Armenian Catholic Rite is one of those Churches, and it allows for its priests to be married. But it wasn’t until recently that Eastern Catholics outside of each rite’s “traditional territories” could follow certain practices of said rite – specifically the married priesthood.

This has allowed Minasian to finally pursue what he has felt is a lifelong calling to the priesthood.

“When you hear the phrase ‘God works in mysterious ways,’ believe it!” said Minasian.

When Asadur Minasian met his future wife Arpy, he was pleased to learn that not only was she Catholic, but her father was a lifelong altar-server and knew everything about Divine Liturgy. This inspired him to learn the responsibilities of the Diaconate, but he felt saddened that the priesthood would never be open to him.

Then in 2014, an official decree was signed which opened the way for married men of the Eastern Rites to be ordained outside of traditional territories. With the blessing of his family and Bishop Mikael Mouradian, Minasian began to pursue his path.

On Saturday, December 18, Minasian was finally ordained to the priesthood after years of waiting.

St. Mark’s parish welcomed Minasian with joy, as their community will finally be served by a permanent pastor once again thanks to Minasian.

Read more about Asadur Minasian and his ordination in The Armenian Weekly.