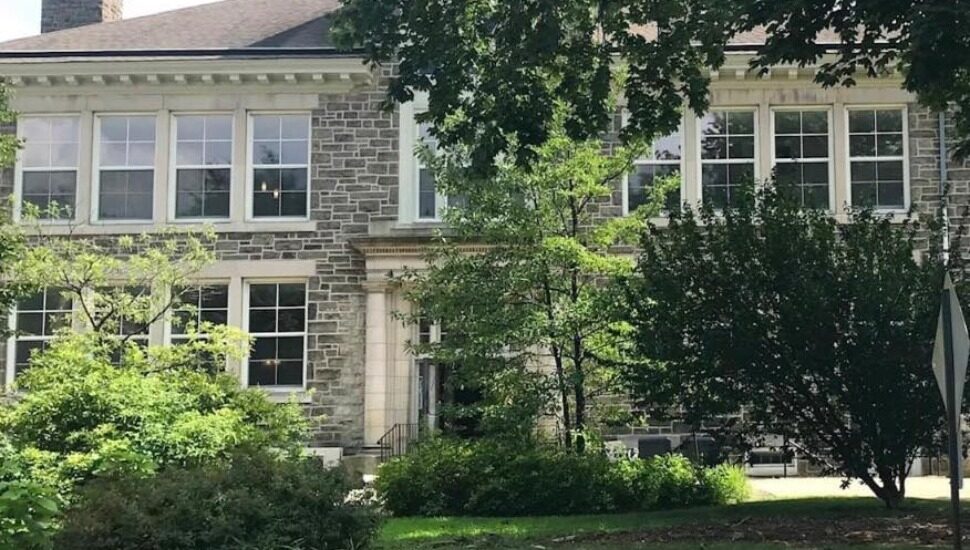 The Main Line region is filled with hidden architectural gems with a rich history that were successfully preserved by being repurposed for modern-day use, including the Llanerch School Apartments in Havertown, writes Paul Jablow for the Main Line Today.

A former school building, this Havertown institution was converted into apartments once it had outlived its educational usefulness.

However, developer Jeff Steigerwalt decided to stick with an educational theme for the inside of the Llanerch School building, which only added to the charm of the project. There is still a row of student cubbies intact in a hallway, while some units have a chalkboard in the kitchen and even a farewell note from a teacher. Other remnants of the classrooms can be found throughout the property.

Some of the school’s former students occasionally stop by 55 Llandillo Road to look at the building and hopefully get a glimpse of what it once was, and Steigerwalt always obliges.

There has been a movement to repurpose old buildings. Some small churches that had to close for lack of a congregation have been repurposed to preserve the building’s history. Vacant schools, likewise, have been reinvented by creative developers..

This video offers a slide show tour of Llanerch School in 2015, just prior to the school’s conversion to apartments.

Apartments for 1 Historic Haverford School; Demolition for the Other