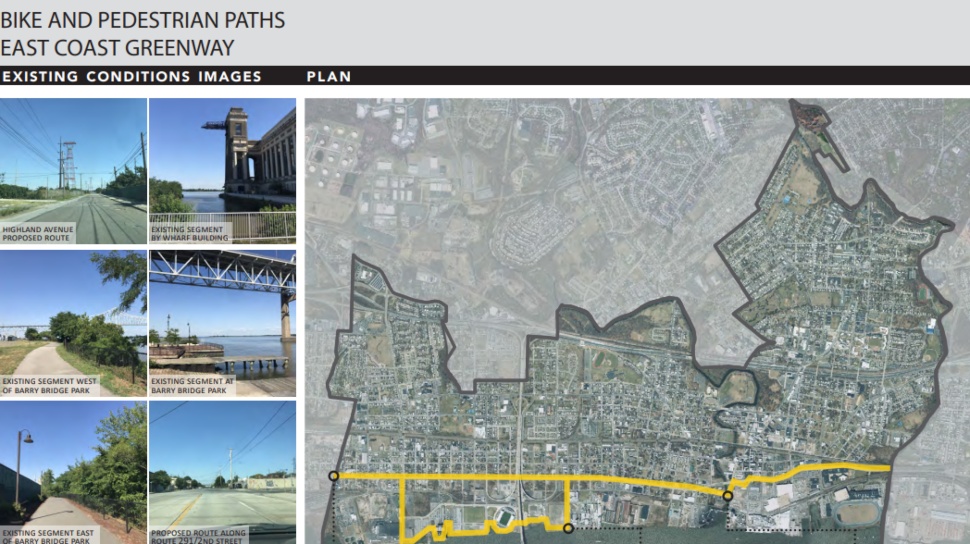 A planned East Coast Greenway that connects 450 towns for 3,000 miles from Maine to Florida will include Chester and the Delaware River, writes Frank Kummer for The Philadelphia Inquirer.

Chester will be the site of an East Coast Greenway extension that will give residents better access to the river.  The extension would protect parts of the Delaware River coastal zone by creating hiking and biking trails.

The Pennsylvania Department of Environmental Protection is providing $574,974 in funding for 12 projects scattered throughout the region to protect the coastal zone.

Chester has an existing multiuse 1.3-mile-long segment of the East Coast Greenway Trail along the Delaware River waterfront plus an eighth-mile-long pedestrian path.

The new funding would connect the existing trail with the Norris Street Trail and would eventually allow users to cross PA-291, part of a larger three-mile trail loop.

Another $40,000 has been allocated to Marcus Hook to develop a Delaware River pier removal and reconstruction master plan for Market Square Memorial Park.

Overall, more than 1,000 miles of the East Coast Greenway have been completed.

Read more at The Philadelphia inquirer about DEP grants going toward an East Coast Greenway extension.

With a Plan Now in Place, Chester's Waterfront Is Ready for Extensive Development