Hedgerow Theater in Media Returns Indoors, With 'The Weir'. 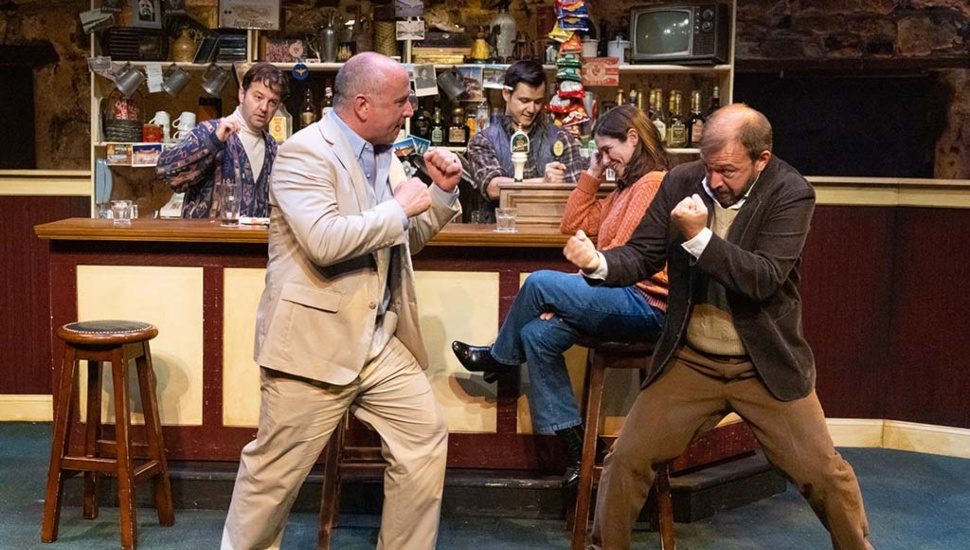 Image via phindle.com.
A scene from the Hedgerow Theater production of 'The Weir'.

The Hedgerow Theater in Media has returned to in-person indoor plays, with a performance this month of The Weir, writes Christopher Munden for phindle.com.

It’s been an interesting challenge for Marcie Bramucci, who became executive director just as COVID-19 shut down the theaters.

“Our local arts community was reeling in the wake of the pandemic,” she says. “Folks have moved away or transitioned out of the field, and it can be hard to reconnect with folks to know who’s still around and up for the adventure.”

The performance is a in Hedgerow Theater’s old grist-mill space.

“It is a play about coming together, and one that wants to be performed live and in-person. It is especially at home within Hedgerow’s historic grist mill theater, which lends another aura all around, nestled within bucolic Rose Valley.”

The Weir, by Conor McPherson, premiered in 1997 and is often listed as one of the best plays of the last century. It focuses on five people who come out of isolation to gather at a rural Irish pub for stories and drink.

Read more at phindle.com about the return of in-person theater to the Hedgerow Theater with The Weir.

The Irish Repertory Company takes a look at Conor McPherson’s ‘The Weir.’

Have Your Own “Weir” Experience at Your Local Pub. Get Your FREE Delco Guide to Brew Pubs and Wineries.

Ann Crumb: A Power House Performer in Musical Theater In and Out of Delco

From Playwright to Bus Driver, This Darby Man Did a Pandemic Pivot