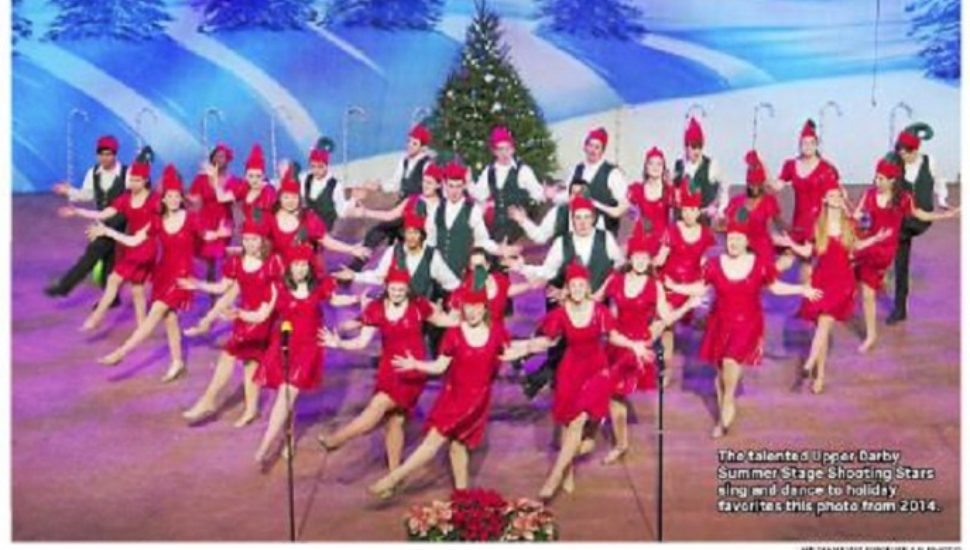 Image via the Daily Times.
The Upper Darby Summer Stage Shooting Stars from 2014.

Its former director, Harry Dietzler, has suggested the nonprofit Upper Darby Arts and Education Foundation take over the program.

The township and the school district have run the program through a joint Department of Recreation since Dietzler got approval in 1975 to put on its first show.

Now the joint Recreation Department has been disbanded.

Dealing with two separate entities has made it impossible to run the program successfully, according to Dietzler.

Dietzler said he was asked in 2020 to “disentangle” the township’s and district’s relationship with Summer Stage.

Since then, the Foundation has raised more than $500,000 to support the program.

Township and school district officials released a joint reply to Dietzler saying they were “thoroughly committed to the program.”

Township and school district officials say they are continuing talks about the future of the program.

NBC 10 covered an Upper Darby School Board meeting Monday night attended by Summer Stage supporters and has the latest information on the situation.