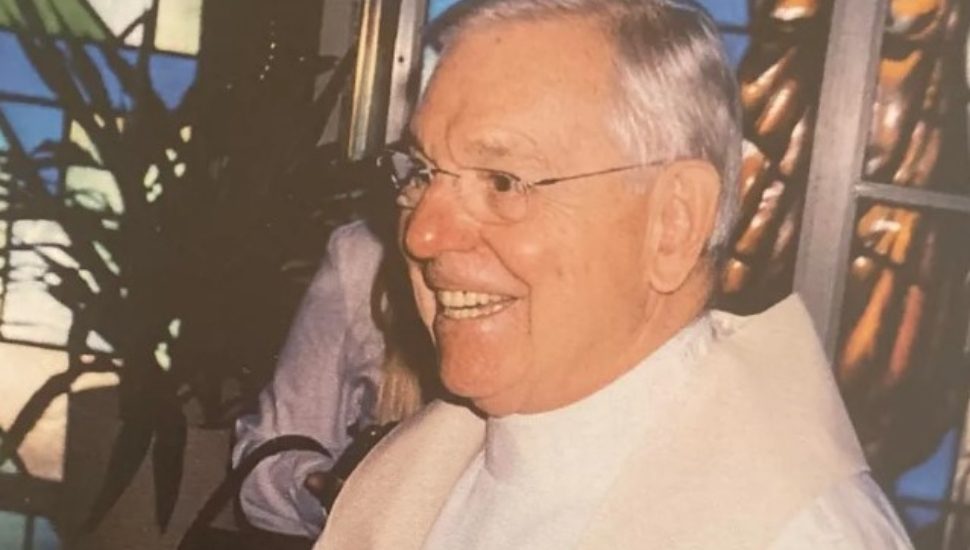 Image via the family.
Msgr. Trinity was known for his deep religious convictions and ability to connect with people.

He oversaw the construction of the Archbishop John Carroll Girls High School when it opened in 1967 and was its first principal until 1973. He was inducted into the school’s hall of fame in 2018.

“At his core, he loved being an educator,” said his niece, Kitty Keenan. “He was able to make a connection to people on a deeper level, and his Catholic faith was the framework that defined him.”

Former Carroll students wrote on a Facebook post that Msgr. Trinity “laid the foundation upon which Archbishop Carroll has been built over the last 50 years and helped to create the Carroll Cares culture.”

He was an English teacher at Cardinal Dougherty High School, then became its principal, from 1973-81.

From 1981 to 2003, he served as the third pastor at Our Lady of Good Counsel in Southampton.

He earned a master’s degree from Villanova University in 1967 and was named honorary prelate of Pope John Paul II in 1985.

Read more at The Philadelphia Inquirer about the life of Msgr. Bernard J. Trinity,

See the induction of Msgr. Bernard J. Trinity into the 2018 Hall of Fame ceremonies.