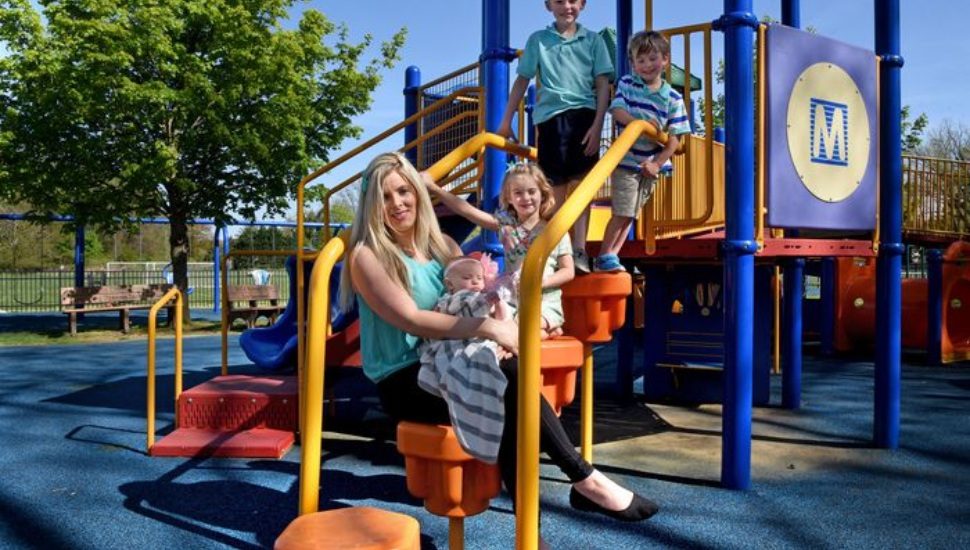 Image via Tom Gralish, The Philadelphia Inquirer.
Jaclyn Mazuk holds her 3 month-old daughter Alessia while with her other children at a park in Swarthmore.

Ridley Township resident Jaclyn Mazuk was working as a bank teller when she noticed more emphasis on digital transactions, especially once COVID hit.

With job security on the line, Mazuk decided to pivot to middle school teaching, writes Jane M. Von Bergen for The Philadelphia Inquirer.

“The pandemic made it scary,” said Mazuk, a 31-year-old mother of four children. “Banks are not going to go away, but I think they are going to start closing branches.”

But everyone needs to learn, said the 31-year-old mother of four. “It’s a state-mandated thing that kids go to school, but it’s not state mandated to go to the bank.”

Mazuk is earning her bachelor’s degree in education with a certification in middle school teaching from West Chester University.

She opted for middle school after observing a second-grade classroom. The teacher semed overwhelmed.

“I think I like the older guys. If they have an attitude I can handle it, she said.

CareersCareer Corner: Considering a Career in the Classroom? Are You a Good Fit to be a Teacher?May 29, 2021