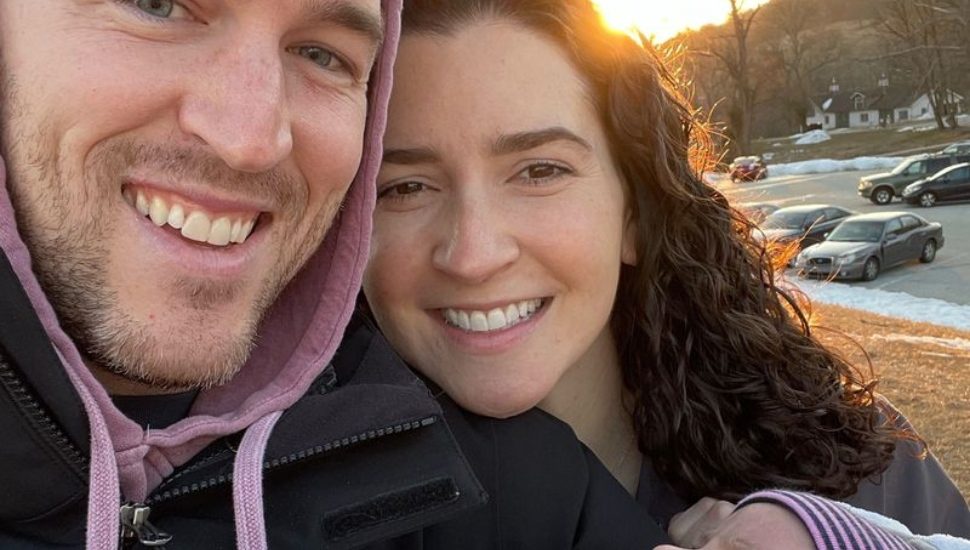 Nature’s been an appropriate backdrop during the shared life of Newtown Square couple Ryan and Bridget Bolton, writes Anndee Hochman for The Philadelphia Inquirer.

On their wedding day in June 2017, sunlight radiated through the stained glass at St. Philip Neri  Church in Queen Village.

“Some windows were open, and you could hear birds. It was like something out of a movie,” Ryan remembers.

They were engaged on a mountainside overlook in San Diego.

When a storm appeared in January 2014, Ryan had snowbound quality time with Bridget’s family for four days.

Bridget felt comfortable around Ryan and appreciated his respectful relationship with her dad.

Ryan was struck by Bridget’s kindness.

Three years after they were married, they had a daughter, Maeve.

It was another natural moment when Maeve saw the sunlight for the first time.

“It was gray and rainy and dark when she came home, but the sun was out the next day,” Ryan says. “We pulled the curtains, and I turned her toward the sun … she just cracked this huge smile. I was floored by the realization that everything is new to her.”

Read more at The Philadelphia Inquirer about Bridget and Ryan Bolton, with daughter  Maeve Harper.

FamilyHavertown Couple's Simple Life Is a Wonderful Life; They Have Each OtherJanuary 15, 2021