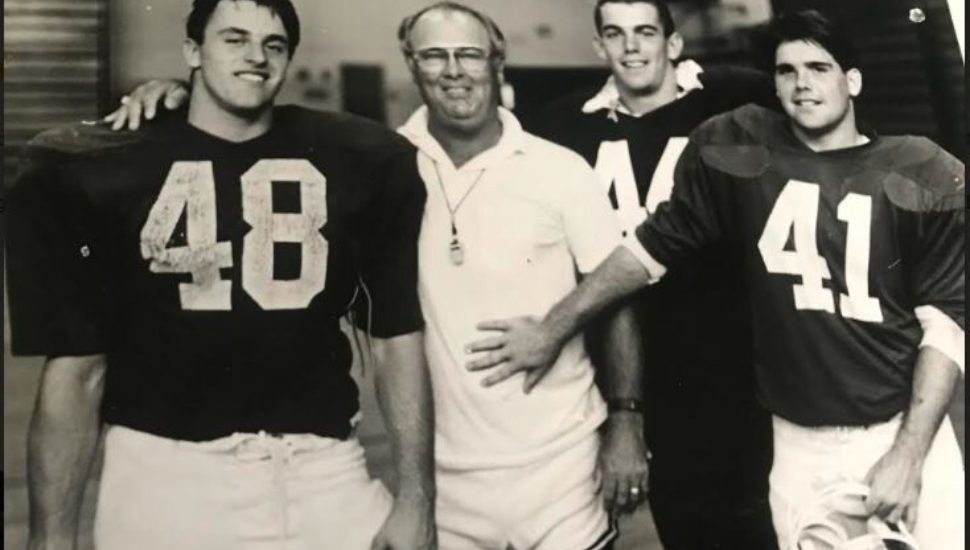 For Ewing, life was about family and football, sometimes at the same time.

“It was a family thing,” his son, Bob Jr. said of his father’s career. “Our family was always doing that football thing. We didn’t know who the Eagles were playing because of Catholic League football on Sundays.”

Ewing was a player at St. James School in Ridley Park, then an assistant coach there before moving over to Cardinal O’Hara.

Ewing got involved in coaching after he took a job at Sun Oil and moved to Crum Lynne, watching  the neighborhood kids play.

He started a youth league team (the Crum Lynne Bulldogs), buying equipment for the kids.

Ewing moved to Cardinal O’Hara in 1975, transforming the Lions.

He retired in 1990. The Lions took a city title in 1979, Catholic League championships in 1979, 1980 and 1985, six Southern Division crowns and four Suburban Section championships.

Read more at the Daily Times about the passing of Cardinal O’Hara coach Bob Ewing.

Three Chester Natives Find a Home With the Chicago Bears