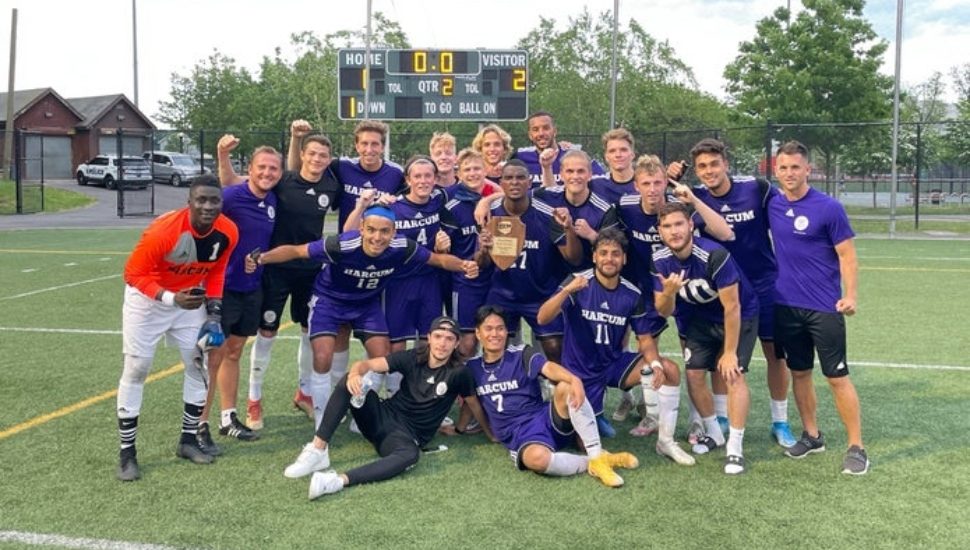 The Harcum College men’s soccer team is a testament that soccer truly is the world’s game.

With a roster that features players from four different continents and a coach from across the pond, the Bears made program history last weekend with a 2-1 upset of Monroe College, the defending national champions and fourth-ranked team in the country, to punch its ticket to the National Junior College Athletic Association Division I Championship.

Harcum (11-0) will travel to Wichita, Kan., to compete in the national championship, a 12-team affair that features pool play before a single-elimination tournament, from June 5-10.

Despite the 2020 season being pushed to the spring of 2021, due to the pandemic, it has been a Cinderella season for Harcum and coach David Hughes, a native of Glasgow, Scotland. Forward Ryan Kingsford, one of four Bears who hail from England, leads the nation in points scored with 52. He is tied for first in goals with 19 and is second in assists with 14. His teammate, Dennis Chung, an outside midfielder from Berlin, is tops in the latter category with 16 assists.

Thirty minutes into the first half of Harcum’s match against Monroe, Kingsford set up Chung for an easy goal that gave the Bears a 1-0 lead. After Monroe tallied the equalizer midway through the second half, Chung sent a cross to England native Beau Landau, who found the back of the net in the 82nd minute with what proved to be the game-winner.