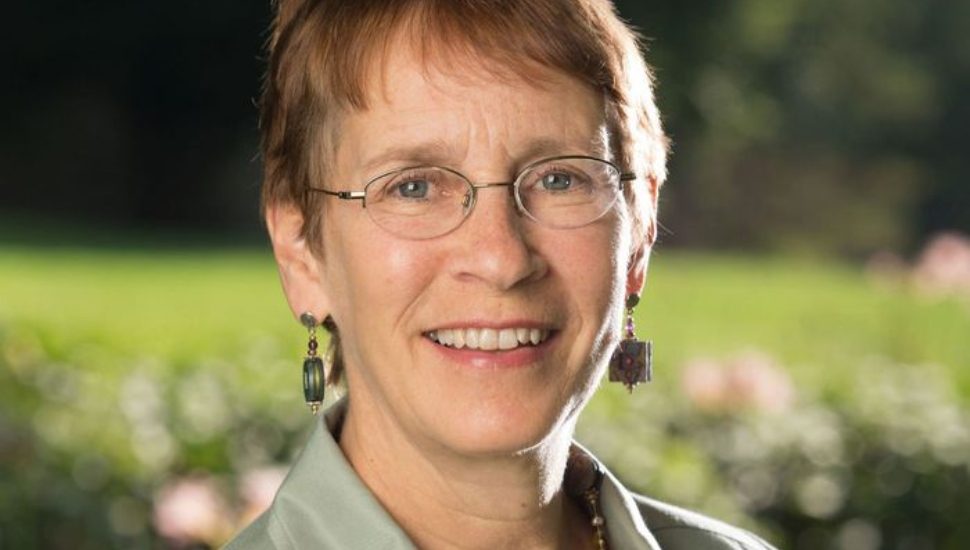 “Connie brought out the best in everyone,” said a colleague, “inspiring them with her integrity and compassion to be the best person they could possibly be.”

Ms. Hungerford was an art historian. She joined the faculty in 1975, retiring last year.

Swarthmore President Val Smith noted her tenure at Swarthmore was extraordinary, and not just for her longevity as a scholar, administrator and mentor.

“It was remarkable also because of the way she served –with grace, humility, a deep reverence for the college’s mission, and genuine care of the individuals who comprise our community.”

Ms. Hungerford served as curator of the college’s art collections.

She was college provost for 10 years and interim college president during the 2014-15 academic year.

She returned to the classroom and taught until her retirement.

Her colleagues said Swarthmore will be forever touched by the time she spent there.

Read more at The Philadelphia Inquirer about the life of Constance Hungerford.

Here is a Swarthmore College video of Constance Cain Hungerford speaking at the college’s 2015 Commencement.

Commerce2 Delaware County Universities Made a Top National List. See Which Ones Got Picked Here.September 19, 2020