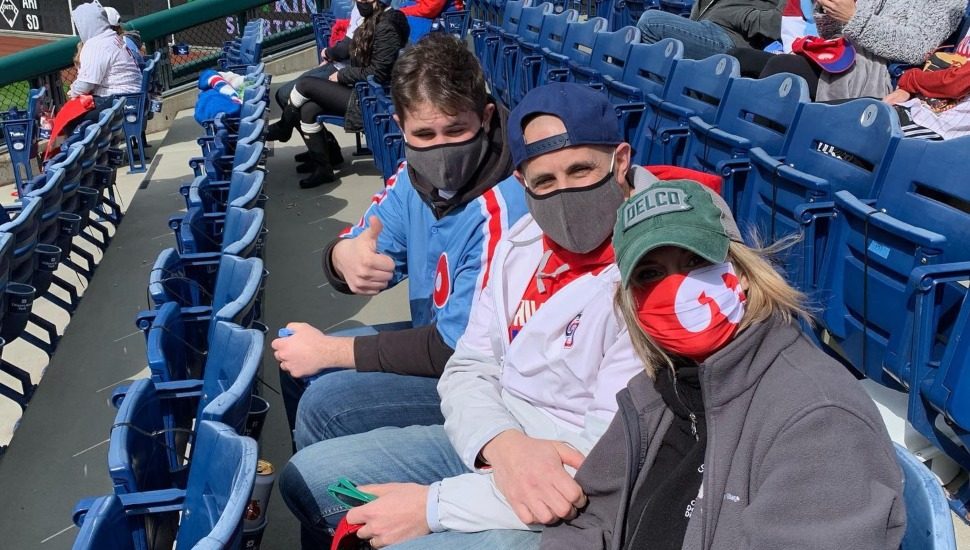 She was one of 41 front line heroes honored at the game. In addition to being honored during Opening Day ceremonies at Citizens Park, their image will appear on “Frontline Hero” banners for the season around the park.

They were selected from nearly 500 nominations submitted by fans in early February. The fans provided heartwarming and personal video testimonies of these local essential workers who helped the community during the pandemic.

Babcock was nominated by her colleagues for her compassionate care and dedication to the residents, their families, the community, and staff during the COVID-19 pandemic.

Babcock was at the game with her husband and four children and two co-workers.

“There are many emotions, many stories, and many miracles that happened over this past year at The Communities of Don Guanella and Divine Providence. I am grateful and humbled to be one of Phillies Frontline Heroes. I welcome the opportunity to represent the people with whom I work alongside and who are the most elite in the field of physical, intellectual, and developmental disabilities.”

CommerceCrozer Nurses Describe Life on the Front Lines of the PandemicApril 24, 2020