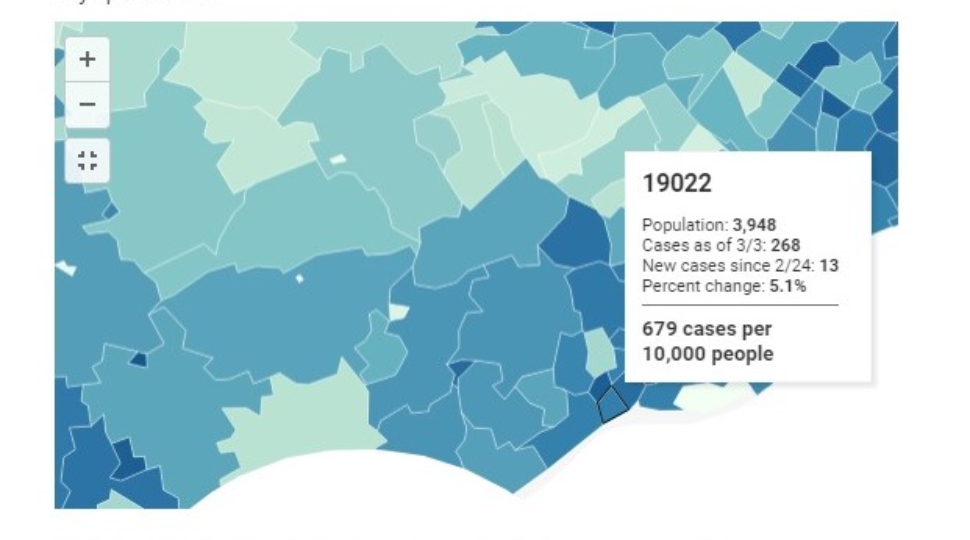 The percentage levels of new cases in Delaware County Zipcodes creeped up a bit for the week prior to March 3, compared to the previous week.

Percentages were closer to 2 and 3 percent for several Zipcodes, compared with 0 and 1 percent the week before.

Some Zipcodes and communities of Delaware County saw more new COVID-19 cases than others, write Sean Adams and Megan Lavey-Heaton for the Harrisburg Patriot-News.

The highest percentage increase took place in Zipcode 19022 (Crum Lynne, Chester and Eddystone) at 5%. It had 13 new cases for a total of 268.

These latest numbers are compiled by the Pennsylvania Department of Health.

Read more about the ZIP Codes that experienced the largest and smallest increases in COVID-19 cases in the Harrisburg Patriot-News here.

HealthcareThere's Still 5% Surges in COVID-19 Cases for Delaware County Zip Codes, but Not as ManyApril 17, 2021