Dancing in the Streets: Bristol’s Newest Mural Honors its Doo-Wop Past 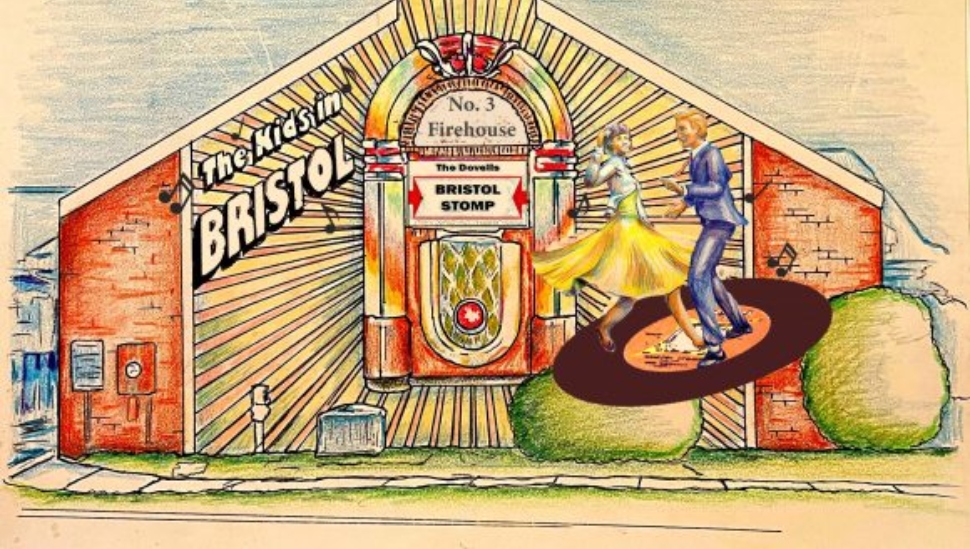 First, came the dances at the Good Will Hose Company, a Bristol fire hall where a step called The Stomp became a thing. That step was eventually memorialized in a song, “The Bristol Stomp,” which was a massive hit for The Dovells.

Now, the public arts program of Bristol Borough is celebrating those original teenyboppers and their doo-wop ditty with a mural, writes Tom Sofield of LevittownNow.

The proposed artwork, 24 x 28 feet, will face Old Route 13 and Grundy Tower and depict stompers on a spinning platter.

Its creative team has deep Bristol roots. Tony Napoli was a long-term art teacher for Pennsbury School District. His assistant, John Ennis, is a Borough resident and a nationally known portrait artist. Bristol local AnnieRose Kruzinski — one of Napoli’s star students — will also have a brush in hand.

William Penn Bank is sponsoring. Its CEO, Ken Stephon, said, “Bristol has been so welcoming to us since we moved our corporate headquarters to the Borough and opened a branch here. So, we wanted to give something back.”

The Dovell’s recording of “The Bristol Stomp” rose to #2 on the Billboard Magazine chart in 1961. In its day, it sold over a million copies.

The mural’s dedication is expected in April.

For more information on Bristol’s public art program, see the article in LevittownNow.