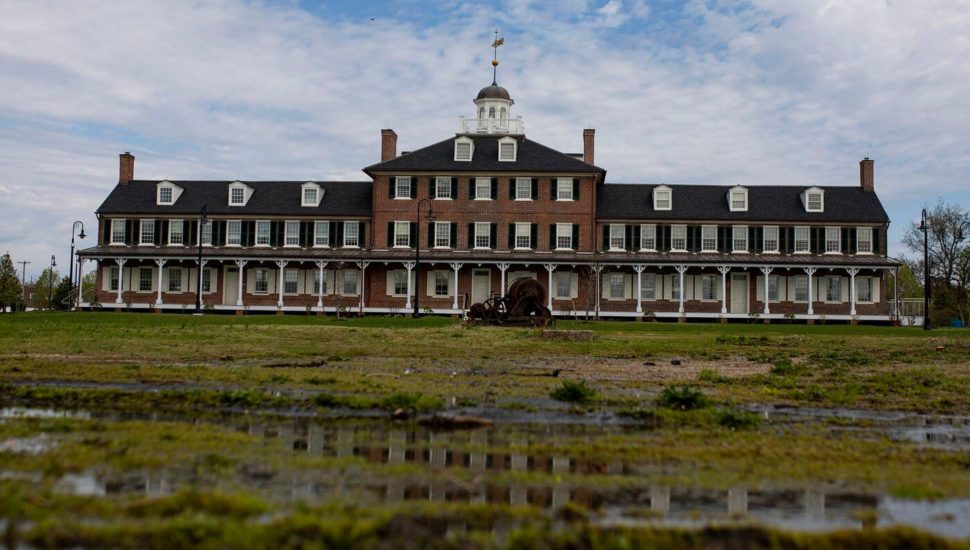 A Delaware River view of the Lazaretto Quarantine Station. Image via Tyger Williams, The Philadelphia Inquirer.

As we figure out the best path through this pandemic, a look back reminds us that we’ve been here before, writes Frank Fitzpatrick for The Philadelphia Inquirer.

The Lazaretto Quarantine Station in Essington is a monument to how we handled infectious diseases that have hit Philadelphia. The 221-year-old building saw its share of yellow fever and typhus patients.

The building, sitting on 10 acres off the Delaware River, was Philadelphia’s answer to the quarantine. It housed infected immigrants and crew members making port in the city.

The Lazaretto was effectively used from 1802 until 1895, when epidemics were common place and sanitation and hygiene questionable.

“We’ve got detailed records from 1847 on and they show that 78% of yellow fever patients treated there and 95% of those with typhus were cured,” said David Barnes, a Penn professor who specializes in public health. “Overall, I think 88% of patients treated there survived. That’s not a bad batting average for the 19th century, especially when they were dealing with such deadly diseases.”

Today, the Lazaretto has been repurposed as Tinicum Township’s administrative offices. Ironically, the township moved into the former quarantine facility a week or two before the pandemic shut everything down.

Read all about the Lazaretto here.