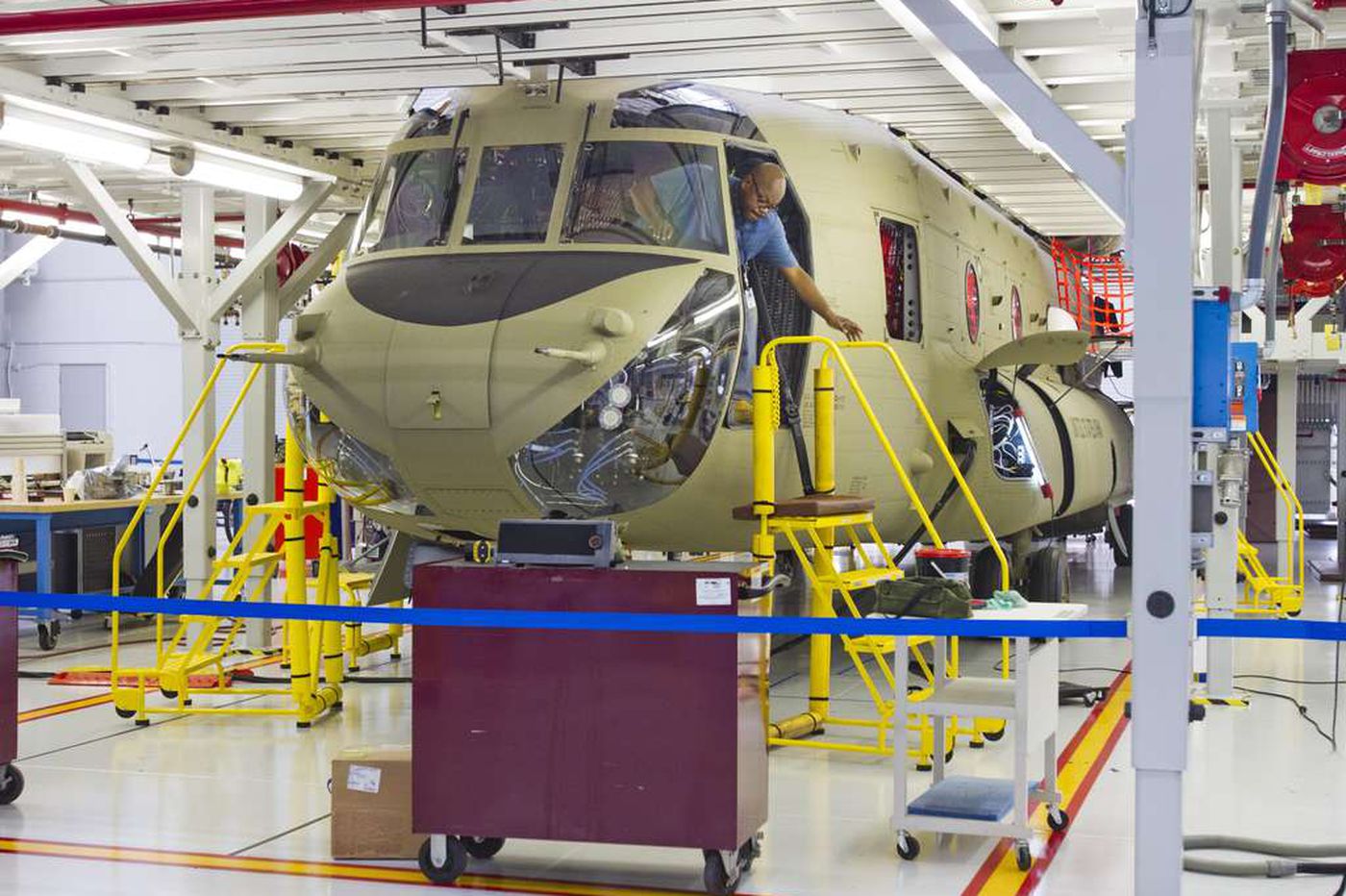 Boeing Co. said Monday it is keeping its production lines open for the Osprey craft and Chinook helicopters at its Ridley Park plant, writes Joseph N. DiStefano for The Philadelphia Inquirer.

It is closing down its civilian jet airliner plants in Seattle for the next two weeks.

The Ridley Park plant has more than 4,600 workers. Those who can work from home will.

A third of the employees are on the assembly line. Others are engineers, administrators, sales and marketing staff.

Boeing has “about $10 billion in cash” on hand, despite borrowing an additional $14 billion on top of a large debt load last month. It hopes to stay solvent long enough to qualify for expected federal assistance.

A $4.6 billion yearly shareholders’ dividend has been suspended.

Collapsing sales of its 737 Max  jet airliners forced closure of its Renton, Washingon plant in January. The airliners’ control system was implicated in two lethal crashes in the last year and a half.