Media Couple Are Waiting to Adopt. A $20,000 Gift From ‘Ellen’ Should Help With That. 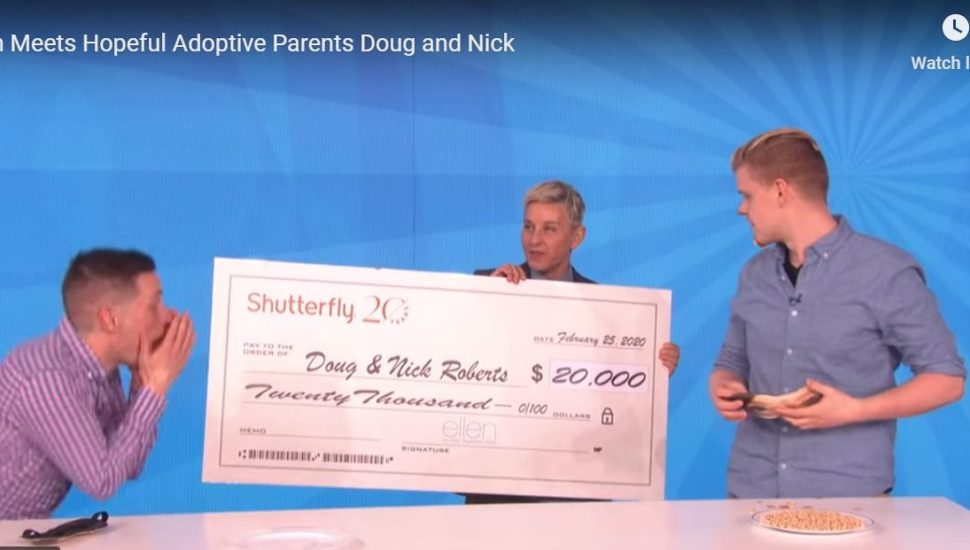 Doug and Nick Roberts of Media let everyone know recently on the “Ellen DeGeneres Show” that they were a phone call away from adopting a baby, writes Megan Guza for triblive.com.

The two have been together for four years and married for 2-1/2 years.

Ellen DeGeneres heard about their pending adoption and flew them out to her show in California without revealing the real reason they were there.

Doug is a psychologist. Nick does epilepsy research. They are both huge fans of Kristen Bell, who “coincidentally” was also on the show that day.

For their first surprise, Kristen appeared on stage surrounded by a nursery, with an offer of a lifetime supply of baby goods from her company, Hello Bello.

The check, from “Ellen” and Shutterfly, was then presented to the soon-to-be parents.

Doug Roberts wrote on Facebook that his “brain still can’t process” what happened on the show.