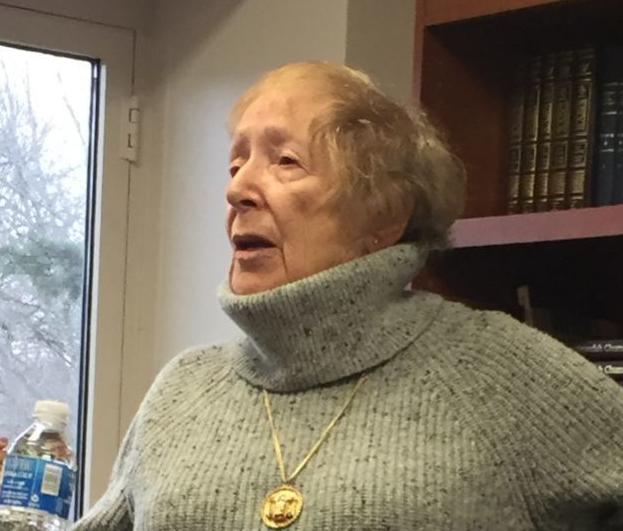 Barrack Hebrew Academy students in Bryn Mawr heard a first-hand account of what it was like to be Jewish in Nazi Germany, writes Linda Stein for mainlinemedianews.com.

Renate “Ronnie” Breslow told the students it was important for their generation to know what happened.

“Sadly, most of my family were never able to get out of Germany in time,” said Breslow. “And they were murdered by the German government.”

The Nuremburg laws separated the Jews from other Germans. Her father lost his business because non-Jews could not shop there. Breslow was kicked out of public school.

Then came Kristallnacht when 400 synagogues were burned, stores broken into, old men dragged to concentration camps.

They tried to leave. The British government turned them away from Palestine, where her father had property.

A cousin in Philadelphia offered them help but the journey to America was perilous. Their ship was turned away from American waters.

The captain refused to sail his passengers back to Germany. Instead, Breslow and her mother ended up at a Netherlands  internment camp, eventually able to book passage on a ship to New York, joining their father already in America.