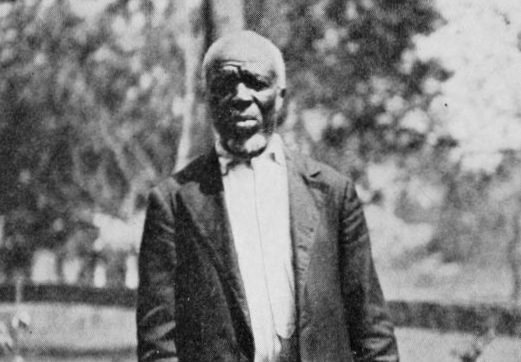 Garry Lumbers of Brookhaven is descended from Oluale Kossola, a.k.a. Cudjo Lewis, the last slave on board the last U.S. slave ship, writes Lottie Joiner for USA Today.

Kossola, 19, was captured in 1860 from Africa, brought to America on the Clotilda, and sold into slavery, even though the U.S. had outlawed international trafficking of Africans.

“They were on the ship for 70 days, and they were in the hold for 13 days before they even got a chance to stretch their limbs,” Lumbers said.

The Africans were taken to Plateau, Alabama Kossola became Lewis, living in slavery for five years.

He helped create a community in Plateau — homes, a church — with other former slaves. They called it Africatown.

Lumbers learned of his slave ancestor through his grandmother.

“All my life I’ve been told the story,” Lumbers says.

But there were things his grandmother didn’t tell him.

He turned to “Barracoon: The Story of the Last ‘Black Cargo’” by anthropologist Zora Neale Hurston, who had interviewed Lewis in 1927, to learn about his capture and horrific journey to America.