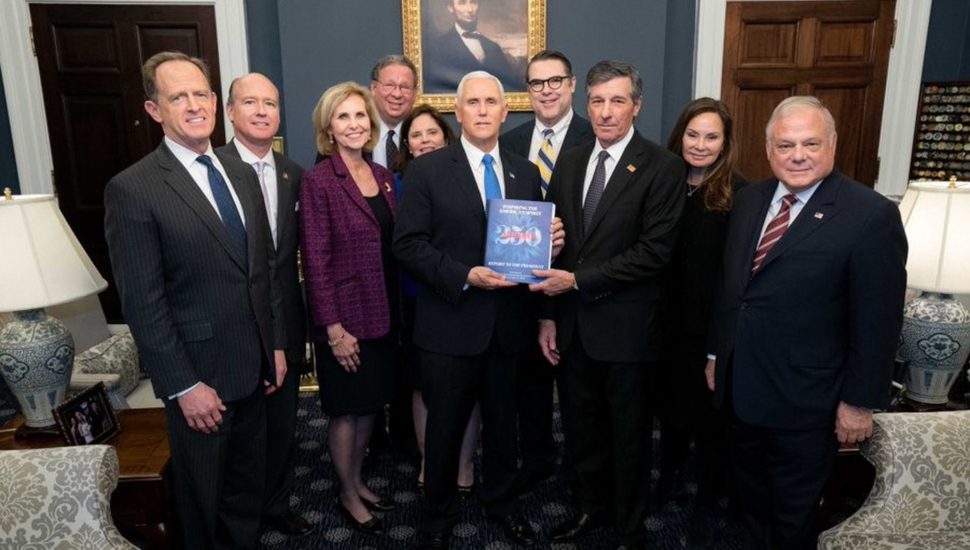 Image via The White House.

Right now, the board is looking for party and project ideas.

Philadelphians are prominent on the committee that is following up on a congressionally-mandated framework for projects and parties to culminate on July 4, 2026.

The commission is collecting cash to inspire proposals that “educate, engage and unite” groups of Americans around common themes of “liberty, diversity, inclusion and innovation,” as DiLella put it — from brick-and-mortar infrastructure to parades and parties.

Members hope to raise up to $225 million in federal appropriations and at least $250 million in corporate and private grants as sweeteners to attract funding for local projects.

An initial $3 million was appropriated in this year’s federal budget, along with corporate donations and private grants.

Pennsylvania and New Jersey have already created their own “America 250” commissions to seek federal funds and private funding, and draw up plans. Pennsylvania’s is headed by Delaware County supermarket owner and developer Pat Burns.

Dunwoody Village--More Activities Than Ever at New Community Center