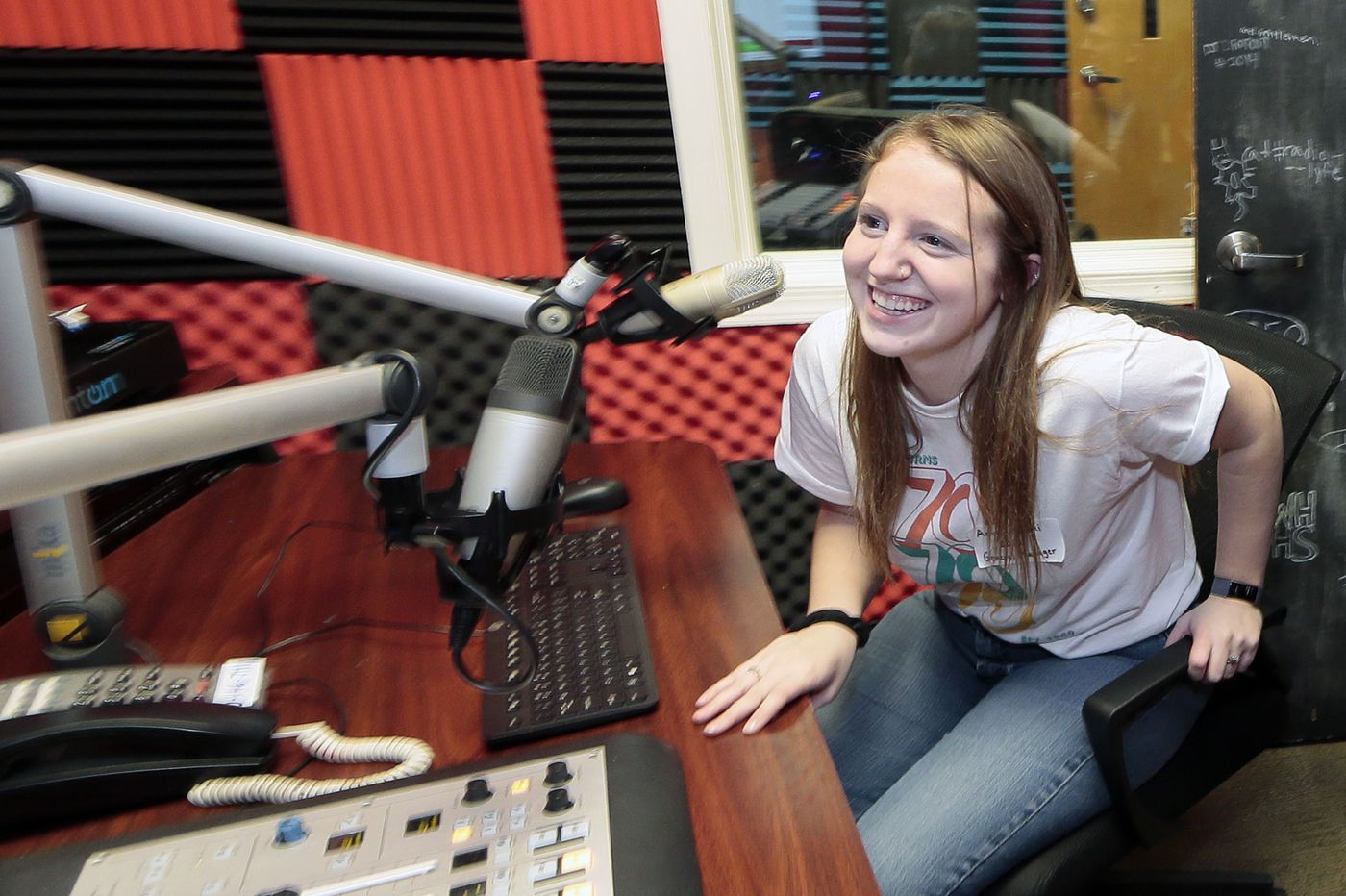 The little 10-watt student-run radio station first broadcast Dec. 6, 1949. It has moved three times during school renovations and three times on the dial.

In 2002, Radio One took over its frequency when it moved to Philadelphia. That did not sit well with school alumni or the community.

Alum David Weston and David Brouda filed opposing comments with the FCC to reinstate the station. Even Radio One offered to help get the students back on the air.

In 2004, a law was created to shield low-power stations like WHHS-FM from commercial encroachment.

“The radio community,” said the station’s former faculty sponsor, Ed Weiss, “is a wonderful group of people who watch out for each other.” 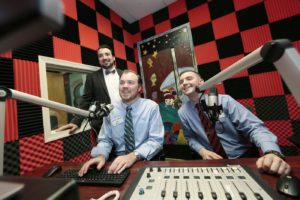 During the 70th anniversary celebration at WHHS-FM at Haverford High School, (left to right) Zachary DiFonzo of Drexel Hill, Chris Denny of Ocean City and Jack Welsh of Broomall reunite behind the controls in the studio. All graduated in 2009 and were involved with the radio station, where Denny was the GM. Image via Elizabeth Robertson, The Philadelphia Inquirer.

Now, WHHS-FM it can be heard in a one-mile radius around the school, as well as in community coffee houses, corporate board rooms, political offices, and news organizations across the country.

The station also bonds current students to decades of graduates who credit it for their success in a wide range of careers.