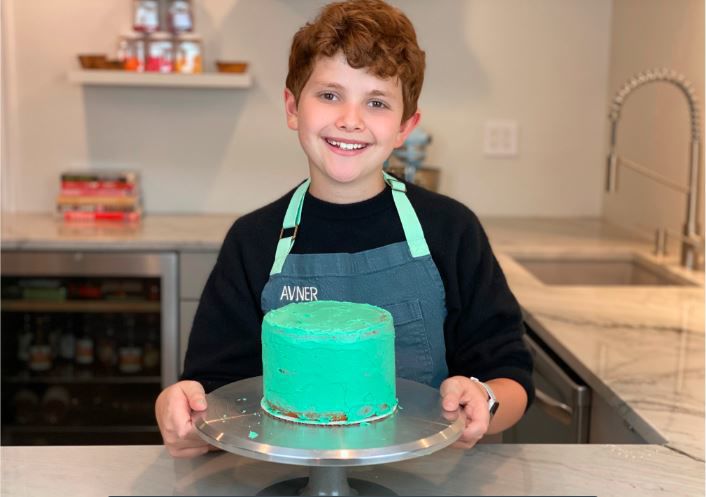 Avner Schwartz shows off one of his baking creations. Image via submitted photo to Main Line Media News.

Avner Schwartz said he started helping his mom cook when he was around 4 years old. By 6, he became interested in baking and watched YouTube videos to perfect his techniques. He practices baking after school, he said.

“I started baking small stuff and it became what it is today,” he said.

Schwartz made his trademark chocolate cake recipe on the show that aired Jan. 6. The cake featured multicolored, tie-dye, shag carpet icing in keeping with that episode’s ’70s theme.

He was discovered by casting agents on Instagram who asked him to try out for the show. Schwartz said the company name stems from his red hair.

Schwartz will host a Feb. 8 bake sale at Di Bruno Bros. in the Ardmore Farmer’s Market to benefit Simon’s Heart.