Home Archive Tastykake Promised Her a Doll for Posing in an Ad. She didn’t get it.

Tastykake Promised Her a Doll for Posing in an Ad. She didn’t get it. 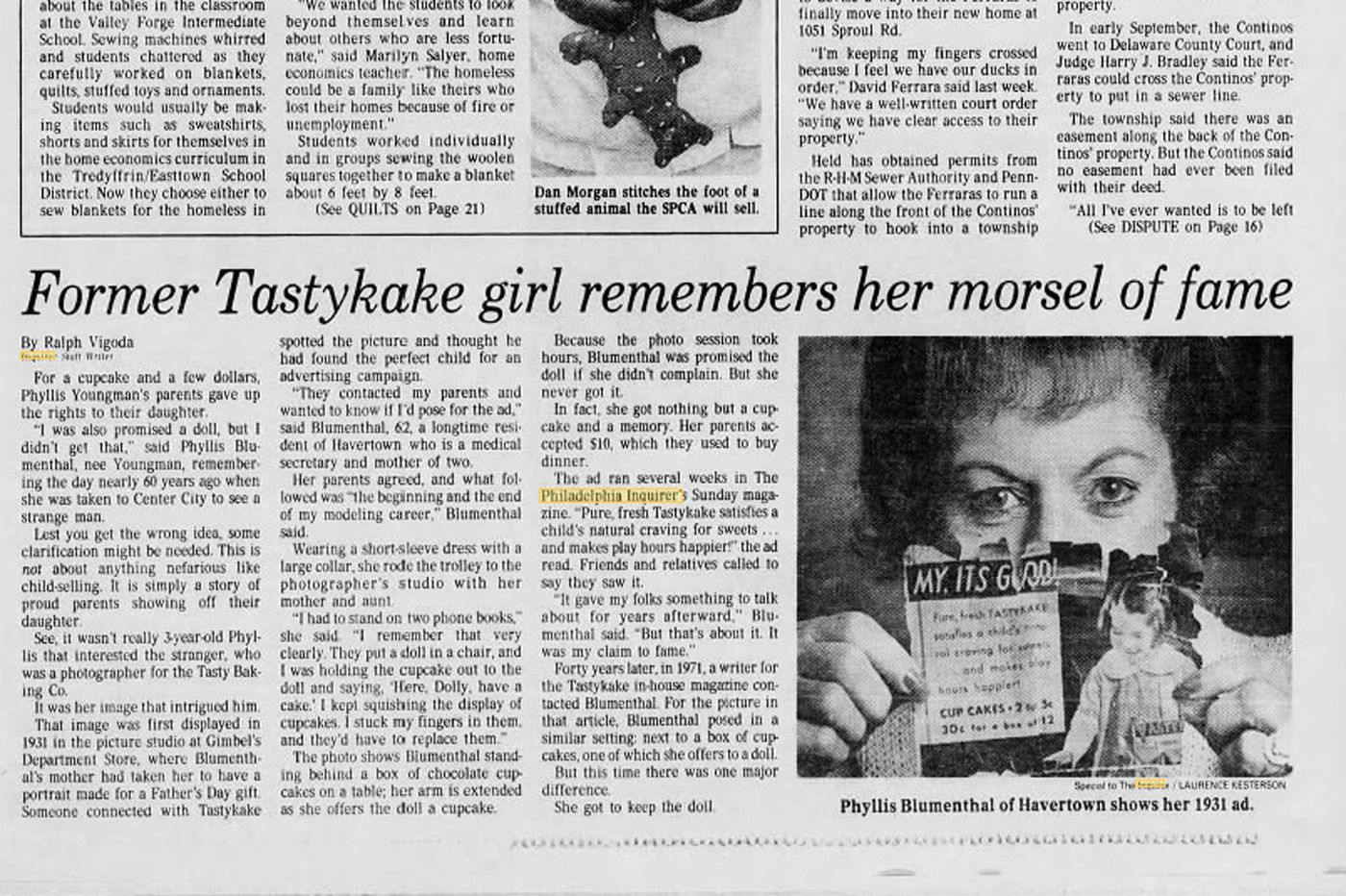 This article originally appeared in The Inquirer on Dec. 16, 1990. Image via The Philadelphia Inquirer files.

Tastykake gave her a moment of fame, but Phyllis Blumenthal, formerly of Havertown, never did get the doll she was promised, writes Ralph Vigoda  in a Dec. 16, 1990 article in The Philadelphia Inquirer.

The image of Phyllis, 3, was in Gimbel’s picture studio in 1931. The portrait was a Father’s Day gift.

Someone from Tastykake spotted the picture and thought he had found the perfect child for an advertising campaign.

“They contacted my parents and wanted to know if I’d pose for the ad,” said Blumenthal in the 1990 article.

The Tastykake photo ad shows Blumenthal standing behind a box of chocolate cupcakes on a table; her arm is extended as she offers the doll a cupcake.

She was promised the doll, but never got it. She did get a cupcake and her parents got $10.

“It gave my folks something to talk about for years afterward,” Blumenthal said. “But that’s about it. It was my claim to fame. ”

Forty years later, in 1971, she got to do it all again for Tastykake’s in-house magazine.

But this time there was one major difference.

She got to keep the doll.