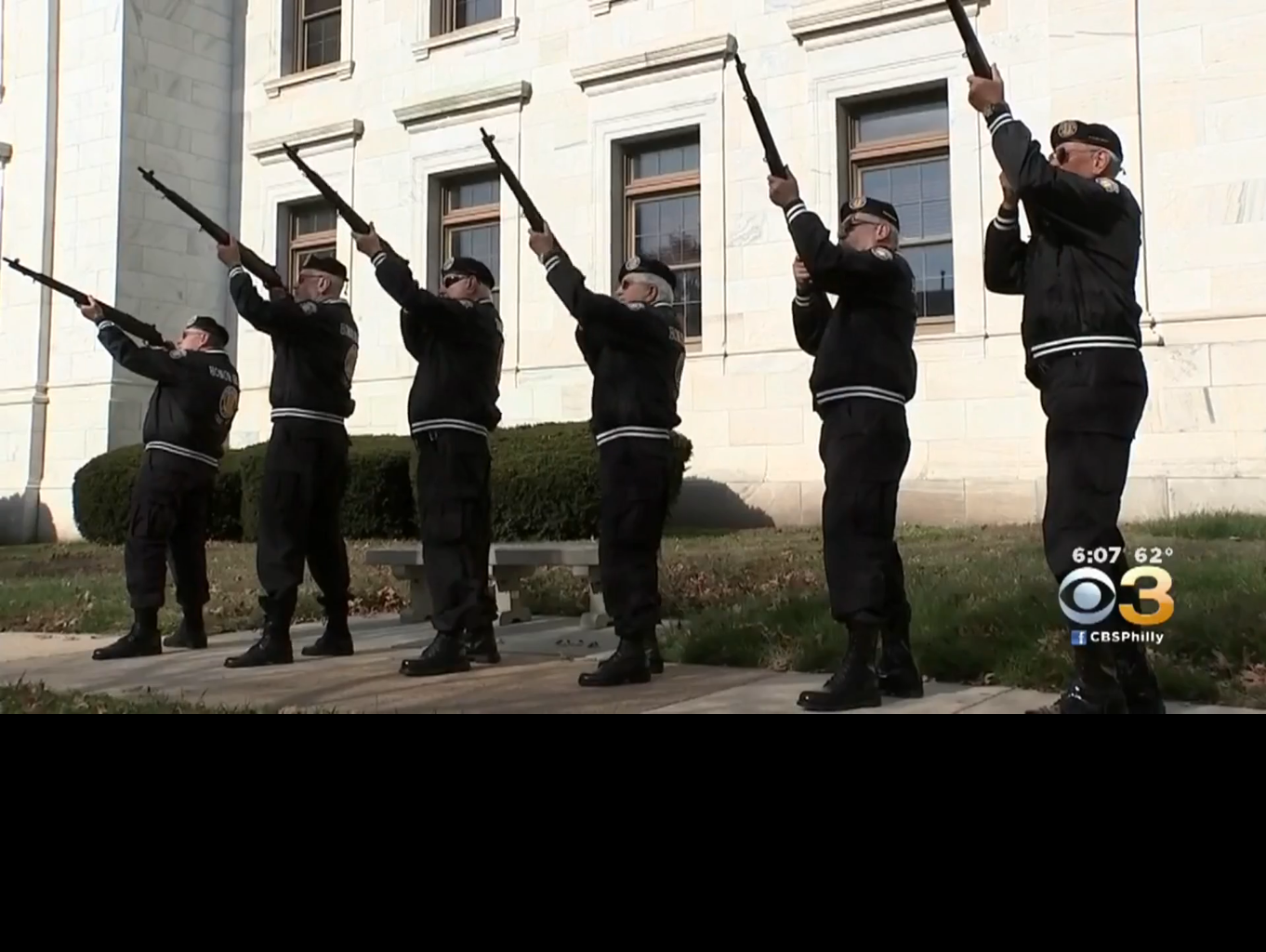 Thousands lined the street this year for Media's annual Veteran's Day parade, reported to be the largest in Pennsylvania. Image via Philadelphia.cbslocal.com.

Thousands turned out this year.

Media has always organized the parade on behalf of those who have served in our military forces.

“I think it’s important that the people remember that there are a lot of guys that didn’t come back. They’re the ones that should be honored,” said Seaman 2nd Class Fred Ulmer, a Korean War veteran.

The helicopter door gunner was shot while flying over a combat zone. The East Lansdowne native spent 21 months in the hospital.

“I was so seriously wounded, I was taken right to the hospital, and when I woke up from the operation, it was pinned to my pillow, just like you see in the movies,” Clay said of his Purple Heart. “I couldn’t believe it.”

Luke McGovern, a seventh-grade student from Saint Bernadette School in Drexel Hill, was rewarded for his essay on Veterans Day. Luke’s dad, Frank McGovern, is an Iraq War veteran.