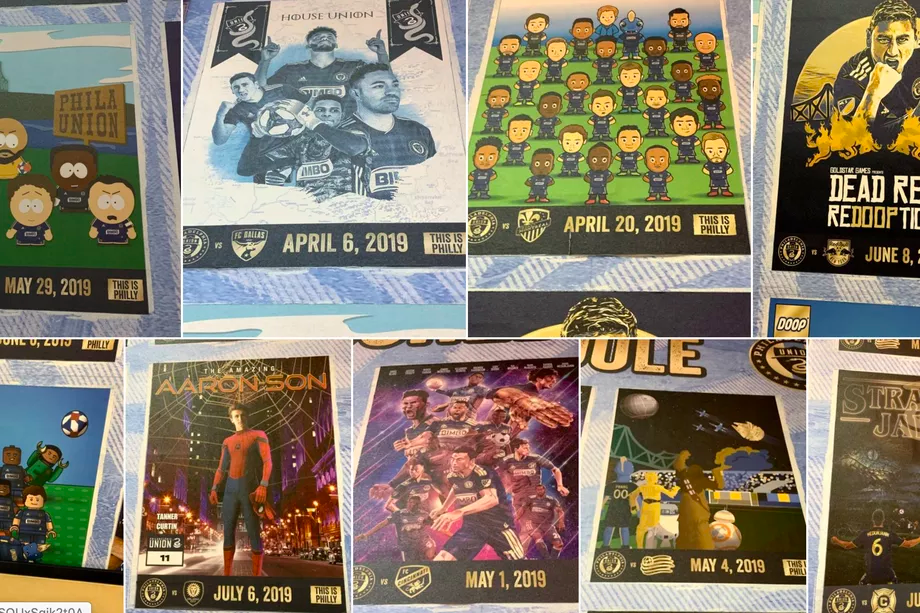 The 2019 season for the Philadelphia Union may not end on a good note, but there was lots of good feeling during the season on and off the field, writes Matthew Ralph for brotherlygame.com.

Limited edition posters on display at Talen Stadium are a good reminder of the many wins and the positive vibes that came out of the team’s headquarters in Chester.

The Union finished the season picking up 34 of their 55 points at home with a 10-3-4 record despite losing the season opener and closer at home, with the only other loss coming to Portland Timbers at the end of May.

Whether it was producing funny videos of Phang vandalizing a car with Ed Bassmaster, re-creating Beavis and Butthead or inventing a talking hot dog to promote Dollar Dog Night with Kacper Przybylko, the Union’s digital team did a notable job delivering great content to match the performances on the field.

Regardless of what happens at the playoffs at home against the New York Red Bulls Oct. 20, it’s hard to deny the fun (nearly) everyone who calls themselves a fan has had along the way.

Read more about the positive vibes of the Philadelphia Union here.