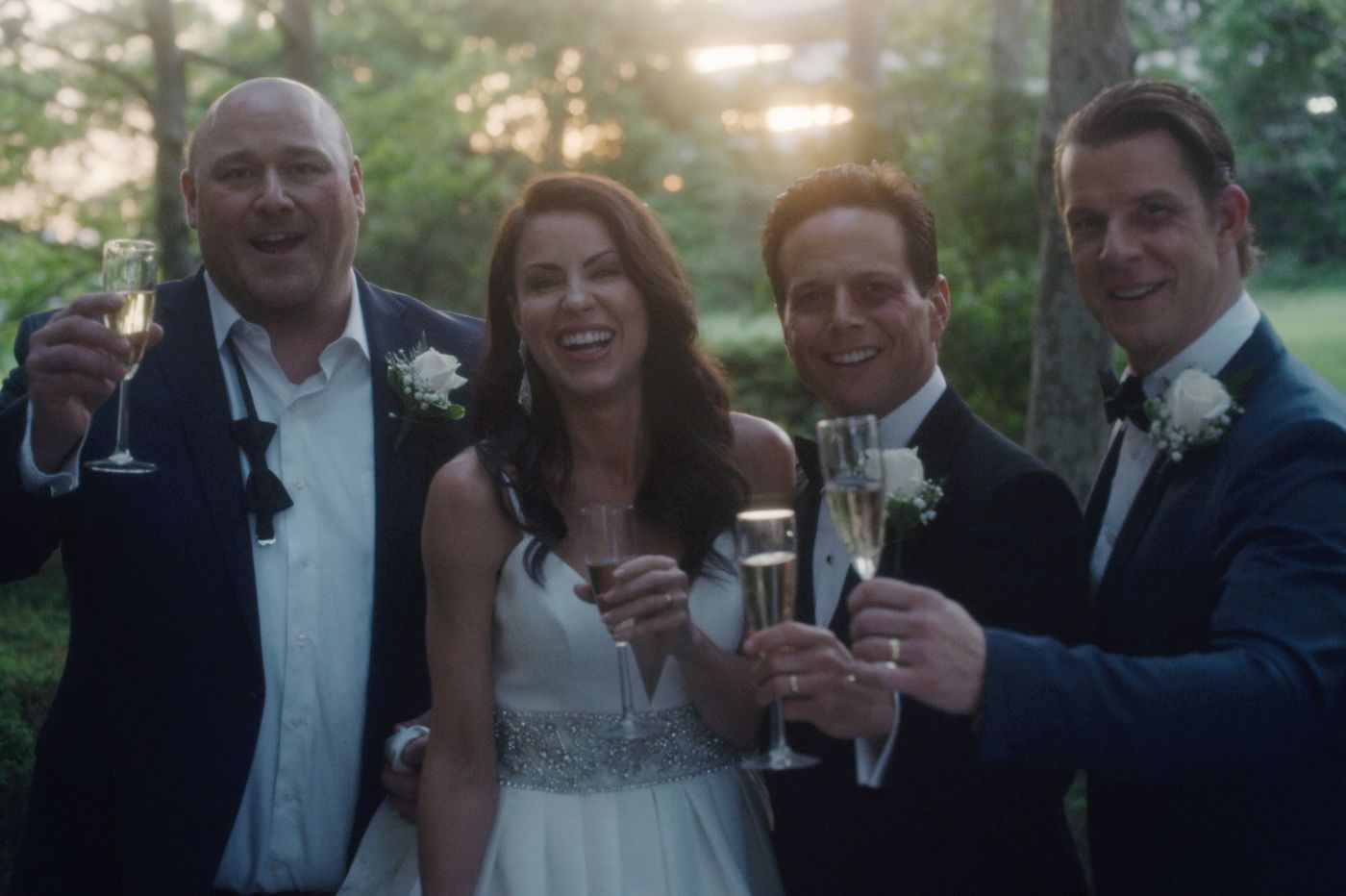 (From left) Will Sasso as James "BaBa" Battista, Lindsey Morgan as Tommy Martino's girlfriend Stephanie, Scott Wolf as Tommy Martino, and Eric Mabius as Tim Donaghy in the film "Inside Game." Image via submitted photo to The Philadelphia Inquirer.

Drexel Hill’s Andy Callahan has written the script for the new movie about the sordid Tim Donaghy gambling scandal that shook the NBA a little over a decade ago, writes Frank Fitzpatrick for The Philadelphia Inquirer.

Donaghy, who was refereeing NBA matches at the time, hatched a plan with two of his friends to enrich themselves by wagering on games that he officiated. The plan worked perfectly for four months between 2006 and 2007.

“But they weren’t perfect people,” said Callahan, “and it all fell apart pretty quickly.”

The screenwriter was able to pull from what he had heard growing up in Delaware County to really get all the nuances of the case onto the big screen in the “Inside Game,” which opens Nov. 1.

“This was a Delco story pulled off by Delco guys,” he said. “There were these three childhood friends from Drexel Hill, a place where basketball was taught, studied, and revered.”

The movie stars Scott Wolf, Will Sasso, and Eric Mabius. However, while it starts with an aerial shot of Drexel Hill, much of the actual locations were filmed in Albany and North Jersey.

Read more about the movie at The Philadelphia Inquirer by clicking here.