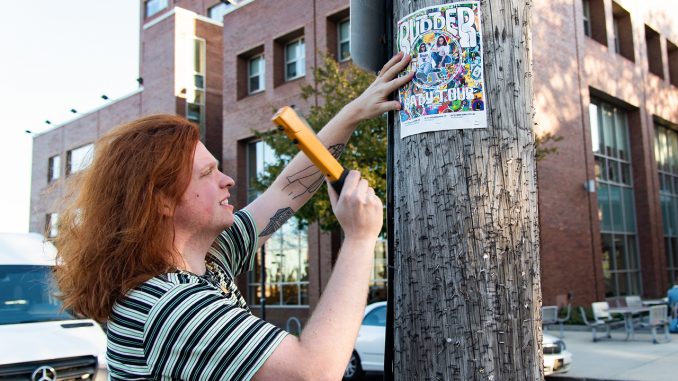 ““I really hope it does well, this is honestly the most nervous I’ve ever been,” said Loper, a 2018 economics alumnus at Temple University.

The EP consists of six songs and an interlude that was initially written when the two first met in 2017.

Loper, lead singer, and Della Franco, guitarist, first started working together as a part of a former band that never ended up materializing and then decided to team up.  They started in 2017 by playing house shows around campus.

They discovered they were really good at writing songs together and eventually caught the attention of Bell Tower Music, Temple’s student-run music agency.

After a year of writing songs, they signed a deal with the label in 2018.

They hope their EP sheds light on their earlier stages of creativity as a duo.

The band hopes to tour in January and is booking shows in Philadelphia, New York City and Washington D.C.