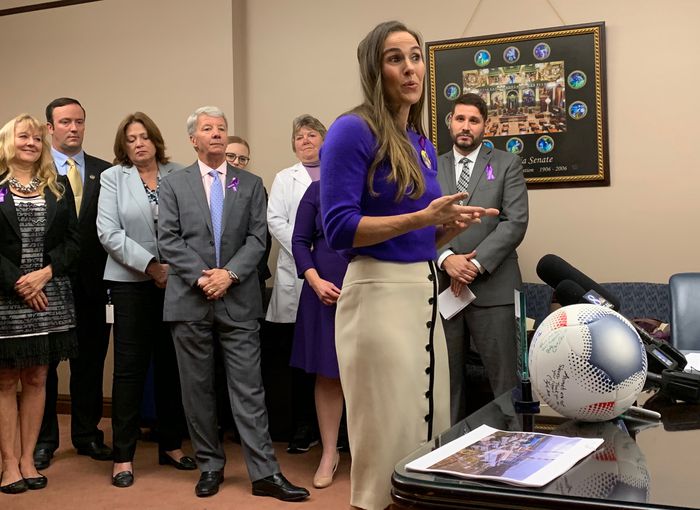 Delaware County resident Heather Mitts is urging Pennsylvania legislators to support a bill that would prohibit pet stores from selling dogs, cats and rabbits unless they come from shelters or rescues, writes  Jan Murphy for pennlive.com.

Mitts visited the Pennsylvania Capitol this week hoping her status as a three-time Olympic gold medalist in women’s soccer and a silver medalist in the World Cup might add support to Senate Bill 44.

Also known as Victoria’s Law, the bill would end the sale of dogs, cats and rabbits that come from puppy mills.

Not only do neglected animals suffer at puppy mills, but people who buy them at pet stores often end up with a sick dog, cat, or rabbit, she said.

“Not only is it not fair for the animals, it’s not fair to the owners,” Mitts said at a news conference that drew a large crowd of Republican and Democratic House members and senators.