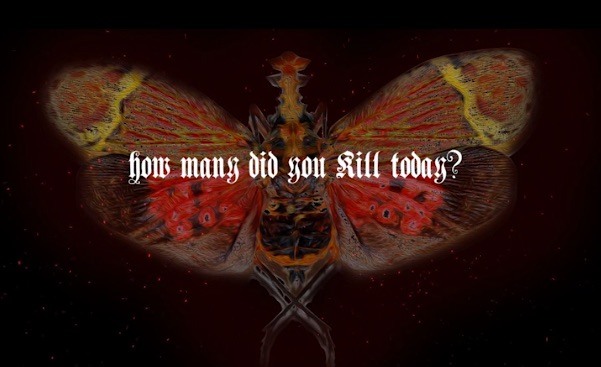 A new, Halloween-ready short film by photographer Mike Allebach wants to get people in the mood to kill as many spotted lanternfly as they can.

A new, Halloween-ready short film by photographer Mike Allebach aims to get people in the mood to kill spotted lanternflies, the invasive pests that have been wreaking havoc across the state, writes Claire Sasko for the Philadelphia magazine.

The pest that is native to Asia first showed up in Pennsylvania in 2014 and has since spread like wildfire across the state, including in the Philadelphia suburbs. Since then, it has become a nightmare for several industries, including tree-fruit, hardwood, and tree nurseries.

The short horror film was released last week by Allebach. It features a protagonist on a mission to exterminate spotted lanternflies in southeastern Pennsylvania.

Allebach decided to make the film after his photography studio in North Wales was invaded by spotted lanternflies.

“They were all dying,” he said, “and then outside, we just started smashing them, and I was like, ‘What if this is a horror movie?’”

The video takes place in a sleepy town in Montgomery County that “suffers tragedy beyond its wildest nightmare,” said Allebach.

At the end of it, just one question remains on the screen: How many did you kill today?

Read more about the short film at the Philadelphia magazine here.