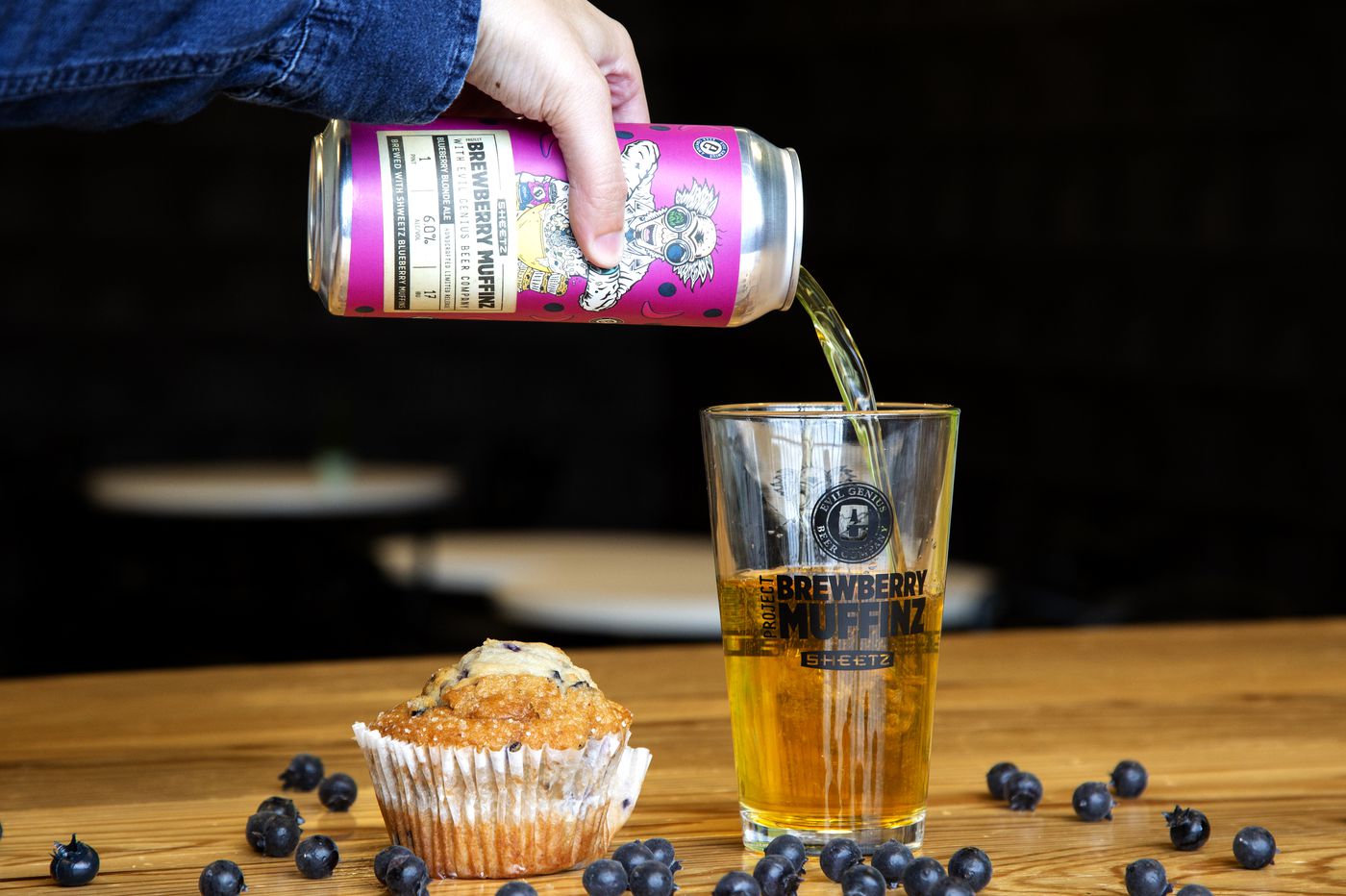 The competition for convenience store champ between Wawa and Sheetz heated up after Sheetz partnered with a Philadelphia brewery to introduce a new breakfast brew, writes Nick Vadala for The Philadelphia Inquirer.

Dubbed Project Brewberry Muffinz, the blonde ale is brewed with Sheetz blueberry muffins for a beer with low bitterness and a 6 percent ABV.

Evil Genius used “hundreds and hundreds” of muffins in the brewing process.

“Muffins are great to use in making beer because you need starch and sugar to ferment out,” Evil Genius cofounder Luke Bowen said. “You get a little residual sweetness, and you definitely get the blueberry notes to it.”

Project Brewberry Muffinz has been released at 99 Sheetz stores throughout Pennsylvania.

The beer might also come to Evil Genius’ taproom in Philadelphia (1727 N Front St.), though plans are still in the works.