A Record Number of Twins Started at Widener University This Fall 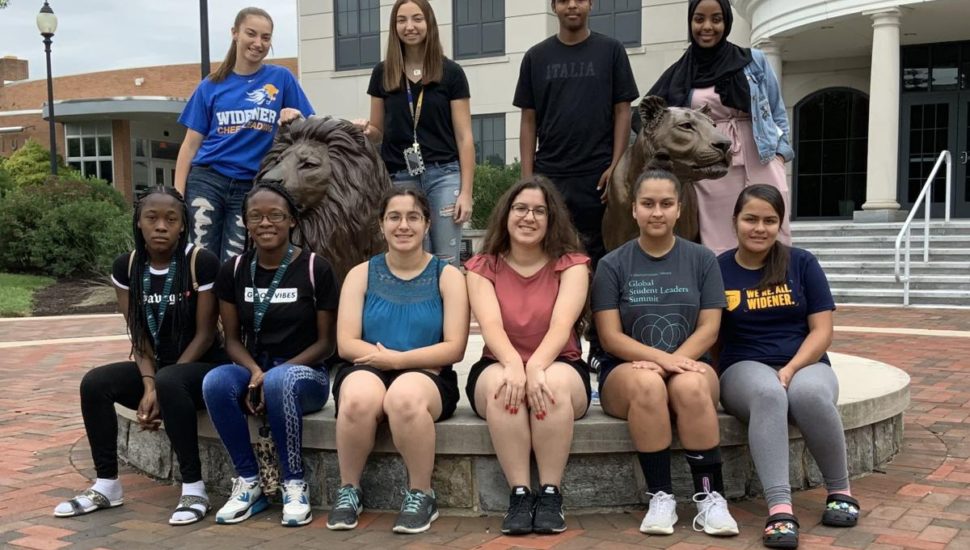 There are seven sets of twins starting the new college year at Widener University, writes Colin Ainsworth for the Delaware County News Network.

The number of twins for the incoming Widener University Class of 2023 in fall 2019 nearly doubles the next highest amount on record, four sets in fall 2015 and 2017.

Five of the seven sets of twins in the Class of 2023 met on campus before freshman orientation to take photos commemorating the unprecedented number.

Delaware County students represent three of the seven pairs, with Christina and Ciana Bowers from Upper Chichester; Ali and Alia Khogali from Upper Darby; and Elizabeth and Julia Travlos from Havertown.

Fellow Pennsylvanians round out the group, with Daymond and Dylan Bonsall from Plymouth Meeting; Florinda and Sandra Good-Gonzales from Newport; Michael and Nick Olson from Oxford; and Olivia and Rebecca Tiley from Chalfont.

The Travlos sisters said the high number of twin classmates was not out of the ordinary for the Haverford High School graduates.

“I think we had four sets of twins just in our grade (at Haverford),” said Elizabeth. “Seven’s still big… it’s not mind-blowing to me, but it’s still really cool.”