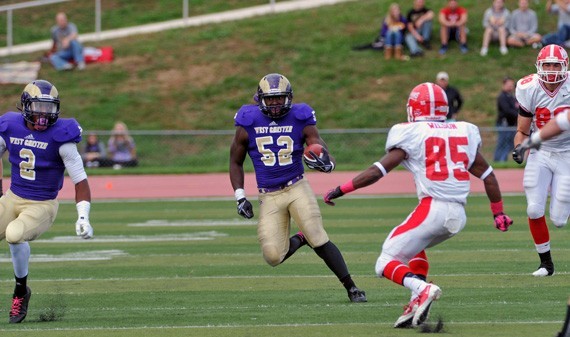 Williams was a standout linebacker at Chester, recruited by Villanova and Temple, before settling on West Chester, where he became the first sophomore and third defensive player in school history to earn first-team All-America honors by the American Football Coaches Association (AFCA) in 2012.

Before that, Williams was working two jobs between Elwyn and Glen Mills. On his days off, he would volunteer coach at Widener.

“You start to become as connected to preparing for the game as much as you love playing in the game. You know where the ball is going and that felt good.”